A Top Ten List from Julia Glass, author of The Widower's Tale 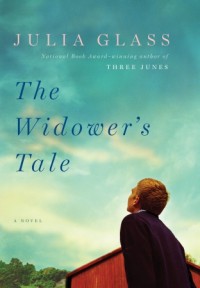 Writers are often asked to give a top-ten list of their favorite books ever. Never mind that such a list is excruciating to compose for any true book lover, but I suspect that most of the “winners” would be so obvious as to render the enterprise moot. What reader needs to hear that, say, Anna Karenina, Middlemarch, Buddenbrooks, or just about anything by Jane Austen is a masterpiece? So what I’d like to offer up instead is a list of ten terrific works of fiction I’ve read in the past year or so, all contemporary yet—however illogically—most of them off the beaten track. In no particular order:

The Imperfectionists, by Tom Rachman. The novel as group portrait: members of a newspaper staff in Rome are presented, individually and together, like a wonderfully idiosyncratic family—mutually devoted yet selfish and jealous; noble yet deluded; eccentric, entertaining, and riddled with secrets. A hidden story of unrequited love glows at the center of it all.

The Cradle, by Patrick Somerville. A young man goes on a chivalrous quest when his wife, pregnant with their first child, insists he hunt down and bring home the cradle in which she slept as a baby—an heirloom that vanished years before when her mother ran away. Do I need to tell you that, in his search for that cradle, our hero discovers something else that rocks his entire world?

A Long, Long Time Ago and Essentially True, by Brigid Pasulka. The story of an extended family in Poland: in a rural village before and during World War II and in modern-day Krakow just after the fall of the Berlin Wall. Sharp-witted, profoundly romantic, heartbreaking; just plain lovely.

Extraordinary Renditions, by Andrew Ervin. Three linked novellas—involving classical music, the Holocaust, and American military ops in the age of terrorism—all set in Budapest. By turns elegant, brutal, suspenseful, and haunting, it knocked me over with its sheer originality.

The House on Fortune Street, by Margot Livesey. One of the best novels (and she’s written several) by one of my favorite authors writing today. Four lives are changed, and woven together, by a single suicide. There is a tough and courageous moral complexity to this story of people struggling with grave secrets and perilous personal flaws.

The Confessions of Edward Day, by Valerie Martin. The best novel yet from another favorite living writer, also possibly the most suspenseful serious novel I’ve read in years. One aspiring young actor saves the life of another; for decades, this twist of fate shapes their dueling careers, their everyday lives, and their rivalry over a charismatic woman who shares their professional ambition.

Black Water Rising, by Attica Locke. I read very few mysteries, but this one hooked me with its intelligence, moral acuity, and depth (much as Scott Turow’s novels do). Set in 1980s Houston, the story begins with a seedy murder, expanding to dramatize union disputes, crimes against the environment, and the emotionally painful past of a hard-luck black lawyer who sets out, in fine quixotic fashion, to right a number of wrongs. I loved the writing, the historical context, and the characters.

A Pigeon and a Boy, by Meir Shalev. This intense, exquisitely written novel reads like a modern fairy tale. It comprises a pair of eccentrically intertwined love stories, one about a man who leads bird-watching tours in modern-day Israel, the other about a boy whose passion and expertise for training carrier pigeons becomes an essential weapon in the 1948 War of Independence. Shalev’s rendering of the remarkable act that links these two men’s lives is, by itself, unforgettable.

The Nineteenth Wife, by David Ebershoff. A murder mystery and a historical novel rolled into one, this novel vividly conjures the story of Brigham Young’s nineteenth wife—who broke away from communal married life to campaign nationally against polygamy over a hundred years ago—and juxtaposes it against the fictional story of a young man excommunicated from a twenty-first-century polygamist enclave who must return to fight for his mother’s life. Audacious, riveting, and unlike anything you’ve ever read before.