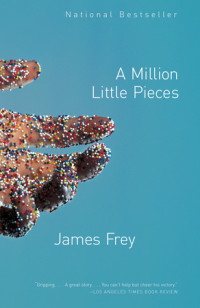 The last two weeks of the “Oprah Winfrey Show” will feature appearances by some of the show’s most memorable guests, including authors Toni Morrison and James Frey. Morrison will appear on the May 13th show in an episode subtitled, “The Greatest Lessons on the Oprah Show.” Frey will appear on the shows on May 16th and 17th to discuss A Million Little Pieces and “the biggest controversy in Oprah Show history.”

Toni Morrison was one of the first authors whose works were selected for Oprah’s Book Club, with the selection of Song of Solomon in 1996. Later selections included Paradise (1998), The Bluest Eye (2000), and Sula (2002).

A Million Little Pieces, James Frey’s memoir of addiction, was selected for Oprah’s Book Club in 2005. In January 2006, the Smoking Gun reported that inconsistencies and discrepancies existed in the book. Subsequently, James Frey acknowledged that he had employed a degree of literary license in the writing of the book, including altering and embellishing certain details. Following this revelation, Frey discussed the controversy with Oprah Winfrey live on her show.

The “Oprah Winfrey Show” will air its final episode on May 25th.