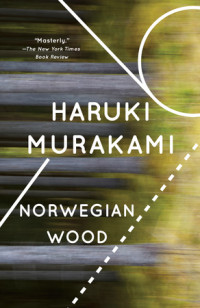 On August 24, 2011, a New Jersey school district announced that it was removing from it’s summer reading list the novel NORWEGIAN WOOD by Haruki Murakami, published by Vintage Books in 2000. Citing objections from parents about inappropriate language and graphic sex, the school board withdrew its original approval of the novel, which had been placed on the list by its own committee of area teachers, librarians, and school administrators.

In response to this action, Knopf has issued the following statement:

“We are disheartened to learn about the action by a New Jersey school district to remove a book from its required reading list due to objections from a group of concerned parents. The novel, NORWEGIAN WOOD by Haruki Murakami, was originally selected for the list based on suggestions by teachers, librarians, and administrators within the district, and the list was approved by the board of education. It is unfortunate the parents felt the need to dismiss such an important work of fiction and regrettable the school district would succumb to such pressure and disregard the recommendation of its own professional educators.”

Haruki Murakami’s latest novel, 1Q84, will be published by Knopf in October.