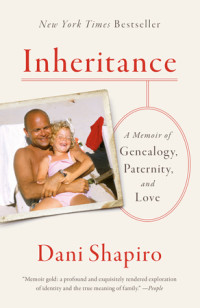 Bestselling memoirist, Dani Shapiro, woke up one morning to have her sense of self, family, her history, and faith pulled out from under her by a few lines on a piece of paper. She had taken a DNA test on a whim, but when the results came in, they were entirely unexpected and life changing. Shapiro learned that the man she had always known as her father was not, in fact, her biological dad. This news sent her into a tailspin that she ultimately turned into a journey of self-discovery, a powerful memoir, Inheritance, and a hit podcast, Family Secrets. On her hardcover tour for Inheritance, Shapiro found that certain questions were asked by almost every audience. We’re sharing these questions along with Shapiro’s answers to deepen your understanding of the book and provide an interesting window into how Shapiro has continued to think about the book and her own story.

Audience Question: You’ve written multiple memoirs. When did you know that you’d have to write the story of Inheritance? How quickly after your discovery did you realize you’d eventually write a book about it?

AQ: Did Ben Walden and his family know you were writing about them? How did they feel about it?

AQ: One of the thorniest issues in your story, at least as it pertained to the Waldens, was the question of whether Ben might have other offspring conceived through sperm donation. What would happen if you were simply the first? In a particularly charged moment, Pilar asks you outright if you’ll protect them. Have there been other half-siblings who have appeared? And if so, what has happened?

AQ: Your book is dedicated to your father. Which father do you mean?

AQ: Is there any part of you that wishes you didn’t know? That you had never found out? What if your husband had never casually mentioned a DNA test to you?