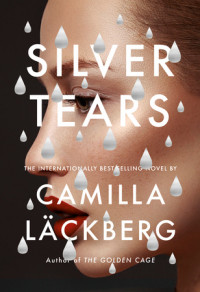 In The Golden Cage, Camilla Läckberg, queen of crime fiction, gave us a glimpse into the life of the rich, famous, and vengeful, with a glittering and wickedly irresistible story of a woman who will do anything to protect what she deserves.

Now Camilla and her deviously smart heroine Faye are back with another mesmerizing tale of seduction, deceit, and female power—where long-buried secrets will come to light and generations of women will band together to survive the men intent on destroying them.

Keep reading to get a glimpse at the captivating cast of characters in Silver Tears.

FAYE ADELHEIM—The glamorous chairman of Revenge, a beauty company founded and owned by women, for women, which she started to enact her own delicious corporate vengeance on her ex-husband. Living in anonymity in Italy, she’s finally free of her past. Or so she believes.

JACK ADELHEIM—The former entrepreneur who was found guilty of murdering his young daughter, Julienne. He is serving a life sentence in Sweden for his crime, until he finds a way to escape and track down the woman who put him behind bars.

INGRID—Faye’s mother, who has been missing and presumed dead for decades. For years after Faye helped her escape her abusive marriage, she didn’t see her daughter or meet her granddaughter. But now she’s reunited with her family, under a precarious veil of secrecy.

YLVA LEHNDORF—A brilliant economist; the woman for whom Jack left Faye; and the person to whom Faye turns when she needs to save Revenge from almost certain doom.

DAVID SCHILLER—Angel investor and self-proclaimed “finance bro” who meets Faye by chance at a bar, beginning a whirlwind affair.

HENRIK BERGENDAHL—Jack’s former partner and an equally notorious philanderer. Since the collapse of Jack and his enterprise, he’s wanted to retaliate against Faye, and his opportunity may be about to arrive.