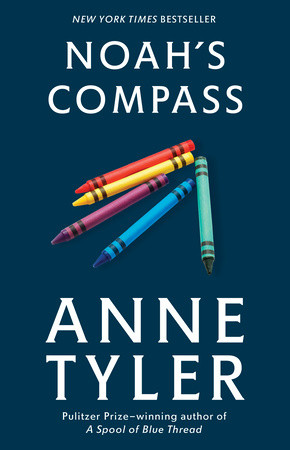 1. Do you like Liam Pennywell as a person? Do you identify with him as a character? How?

2. Liam loses his job and moves into an efficiency apartment, thinking he doesn’t have much left to live for and that this final part of life is meant to be “the stage where he sat in his rocking chair and reflected on what it all meant, in the end” (p. 3) . Do you think this is an accurate reflection of Liam’s life at this point? Do you think most people his age and in his position feel similarly?

3. Liam has strained relationships with his daughters and his ex-wife, and blames himself for these circumstances. Do
you think he is right to do so? In what ways have the women in his life contributed to these difficult relationships?

4. How do you think each of his daughters would describe Liam?

5. Kitty becomes especially close with her father over the course of the novel, choosing to live with him over her mother at the end. Did this ring true for you as a reader?

6. What was your first impression of Eunice when Liam spotted her in the doctor’s office? Would you ever be tempted
to “[pay] someone else to experience your life for you” (p. 67), as Liam desires?

7. Do you think that Liam and Eunice make a good match? Why or why not? Does their age difference matter?

8. As you were reading the novel, did you ever suspect that Eunice was married? How did you feel when Liam discovered
this fact from Eunice’s mother?

9. Do you think that Liam should have tried to make things work with Eunice, or did he do the right thing by ending
things with her after he found out that she was married? Should he have just taken his “share of happiness,” as his
father suggested?

10. Eunice says to Liam that married people “go on being involved for all time even if they’re divorced” (p. 229). Do you think this is a true statement? Do you think Liam, Barbara, Eunice, and Eunice’s husband, Norman, behave this way?

11. The only time Noah is mentioned in the book is when Liam is babysitting Jonah and tells him the story of Noah’s Ark. Liam says that “ ‘Noah didn’t need to figure out directions, because the whole world was underwater and so it made no difference’ ” (p. 220). How do you think this story relates to Liam’s own life?

12. Liam seems to regard his life largely as a failure, and comments to Barbara that “It’s as if I’ve never been entirely
present in my own life” (p. 263). Would you agree with Liam about his statement? To what degree do you feel present in your own life?

13. Liam thinks that: “We live such tangled, fraught lives . . . but in the end we die like all the other animals and we’re
buried in the ground and after a few more years we might as well not have existed” (p. 210). Liam is comforted by this thought; do you feel that way, or do you find this viewpoint depressing?

14. Memory, or the lack thereof, is a large issue for Liam. What do you think he is trying to achieve by recalling the
night of his break-in and any other memories that seem to have escaped him?

15. When Liam does have the opportunity to confront his attacker, he says no, even though he has longed for this
throughout most of the novel. Why do you think he decides not to pursue this? How has Liam changed between the night of the attack and the day when his attacker is identified?

16. Liam set out to be a philosopher, ended up as a fifthgrade teacher at a private boys’ school for most of his career, and became a Zayda at a nursery school after being fired from teaching. Do you think Liam would have been happier as a philosopher? In what ways has your life taken unexpected turns and how did you deal with them?

17. Did you like the ending of the novel? Did you feel that it satisfactorily answered everything?