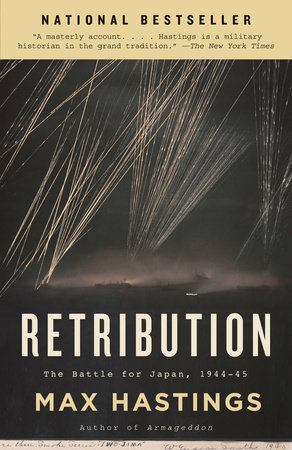 By the summer of 1944 it was clear that Japan’s defeat was inevitable, but how the drive to victory would be achieved remained unclear. The ensuing drama—that ended in Japan’s utter devastation—was acted out across the vast theater of Asia in massive clashes between army, air, and naval forces.

In recounting these extraordinary events, Max Hastings draws incisive portraits of MacArthur, Mao, Roosevelt, Churchill, Stalin, and other key figures of the war in the East. But he is equally adept in his portrayals of the ordinary soldiers and sailors caught in the bloodiest of campaigns.

With its piercing and convincing analysis, Retribution is a brilliant telling of an epic conflict from a master military historian at the height of his powers.