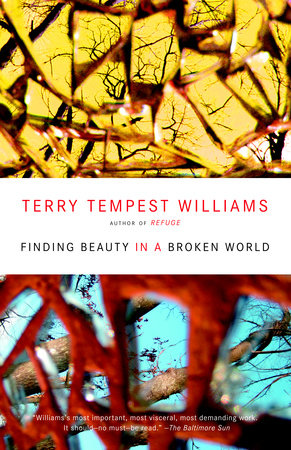 Vintage Author Terry Tempest Williams has been named to O‘s first-ever power list. This list, which appears in the September issue of O, The Oprah Magazine, features twenty visionaries who are making an impact in fields such as politics, science, finance and the arts.

In the article, Terry Tempest Williams is praised for her work as “a tireless advocate of social justice.”

Her latest book, Finding Beauty in a Broken World, will be out in paperback in October.