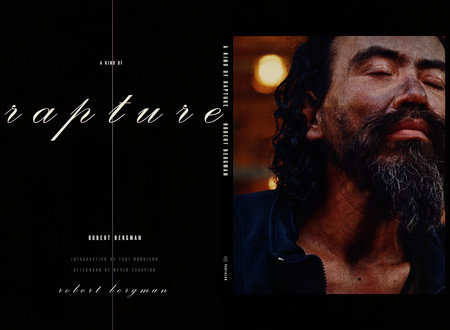 “Every now and then, the art world offers up an unlikely story, and Robert Bergman’s is one of them” (Wall Street Journal). Pantheon author Robert Bergman—a brilliant photographer who has produced a profound body of work almost completely outside of the mainstream art world—will have his first two, virtually concurrent solo exhibitions of monumental, compelling and provocative color portraits at world-class museums with disparate missions, the National Gallery of Art, Washington, D.C. and PS1 MOMA.

First published more than a decade ago—and now an underground classic book of photography—A Kind of Rapture (Pantheon Books, 11/3/1998, $45.00) offers a rich selection from Bergman’s ambitious, Whitmanesque project to document the appearance and spirit of Americans and to gauge the climate of our times. “Occasionally there arises an event or a moment that one knows immediately will forever mark a place in the history of artistic endeavor,” says Toni Morrison in her introduction to A Kind of Rapture. “Robert Bergman’s portraits represent such a moment.”