Secrets of The Lost Symbol on NBC 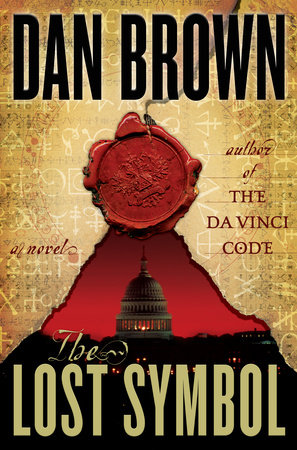 One of the world’s most popular authors, Dan Brown, sits down for an interview with NBC News’ Matt Lauer to talk about his new book, The Lost Symbol, the beliefs of the Freemasons, the power of the human mind, whether people can become gods and a little known science that may tie them all together. For the hour-long report, “Secrets of the Lost Symbol,” set to air on Friday, Oct. 16 (9:00PM/8:00PM Central), Lauer travels to Washington D.C. to interview Brown and explore the backdrop and secrets of this new bestseller. Watch a preview of the special.

“Secrets of the Lost Symbol” will take viewers behind the scenes of the secretive brotherhood of the Freemasons in attempt to make sense of what is fact and what is fiction for all Brown’s fans, and find out from the Freemasons themselves what he got right, and what he got wrong. The broadcast also goes in search of what Brown calls the true meaning of his book and why, he says, its so unlike his others. Additionally, he speaks with Lauer at length about the beliefs of the nation’s founding fathers, saying “America wasn’t founded a Christian country. It became a Christian country.”