Christopher McDougall and the Barefoot Boom 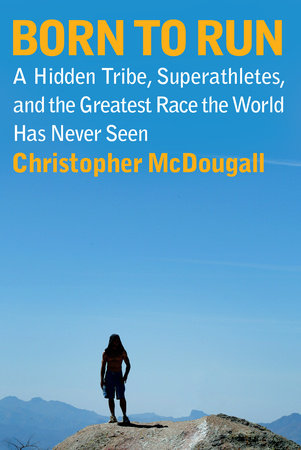 The New York Times‘s Well blog ran a piece earlier this week on barefoot running, writing “Barefoot running has been around awhile, but the best-selling book Born to Run, by Christopher McDougall, is largely credited with prompting a new barefoot boom.”

Brian Fidelman, the author of the post, takes McDougall up on his assertion that running shoes warp the foot’s natural stride by joining him in a barefoot run in Central Park [click through to the article for a video]. Immediately, he noticed “my running form changed…I was landing gently on the middle and balls of my feet rather than striking with my heel. I was more upright than before. My stride was shorter. I didn’t make any changes consciously; they just seemed to happen on their own.”

So did 6 miles of barefoot running take a toll on Mr. Fidelman’s feet? Nope: “My facial muscles felt a bit tired, but that was from smiling most of the way. I’m not sure if it was the liberating feeling of running barefoot, or chatting with an author whose book I had just devoured, or if I was just enjoying other runners’ reactions to two guys running barefoot in Central Park, but this was fun, just as running should be.”

Interested in finding out more about barefoot running—and the elusive tribe of ultramarathoners who do so with every run? Check out Chris McDougall’s Born to Run.