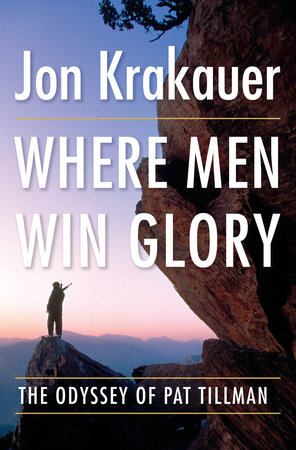 “The man chosen by Barack Obama to lead the war in Afghanistan also helped cover up the friendly-fire death of Pat Tillman, writes Jon Krakauer. He administered a fraudulent medal recommendation. So why isn’t anybody talking about it? ” – Find out why in Jon Krakauer’s essay “Gen. McChrystal’s Credibility Problem” at TheDailyBeast.com.

Jon Krakauer is the bestselling author of Into the Wild, Into Thin Air, and Under the Banner of Heaven. His most recent book, Where Men Win Glory, tells the story of Pat Tillman, who gave up a $3.6 million NFL contract to enlist in the U.S. Army, then died in the hills of Afghanistan.