Hearts of the City by Herbert Muschamp 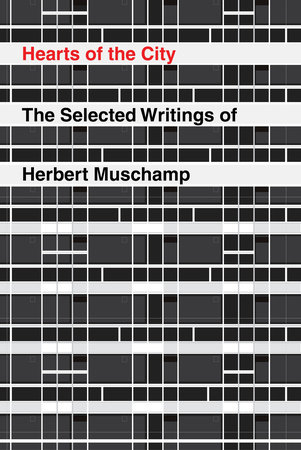 From the late Herbert Muschamp, the former architecture critic of The New York Times and one of the most outspoken and influential voices in architectural criticism, a collection of his best work.

The pieces here—from The New Republic, Artforum, and The New York Times—reveal how Muschamp’s views were both ahead of their time and timeless. He often wrote about how the right architecture could be inspiring and uplifting, and he uniquely drew on film, literature, and popular culture to write pieces that were passionate and often personal, changing the landscape of architectural criticism in the process. These columns made architecture a subject accessible to everyone at a moment when, because of the heated debate between modernists and postmodernists, architecture had become part of a larger public dialogue. One of the most courageous and engaged voices in his field, he devoted many columns at the Times to the lack of serious new architecture in this country, and particularly in New York, and spoke out against the agenda of developers. He departed from the usual dry, didactic style of much architectural writing to playfully, for example, compare Frank Gehry’s Guggenheim Bilbao to the body of Marilyn Monroe or to wax poetic about a new design for Manhattan’s manhole covers. One sees in this collection that Muschamp championed early on the work of Frank Gehry, Rem Koolhaas, Zaha Hadid, Thom Payne, Frank Israel, Jean Nouvel, and Santiago Calatrava, among others, and was drawn to the theoretical writings of such architects as Peter Eisenman. Published here for the first time is the uncut version of his brilliant and poignant essay about gay culture and Edward Durrell Stone’s museum at 2 Columbus Circle. Fragments from the book he left unfinished, whose title we took for this collection—“A Dozen Years,” “Metroscope,” and “Atomic Secrets”—are also included.

Hearts of the City is dazzling writing from a humanistic thinker whose work changed forever the way we think about our cities—and the buildings in them.

Read the table of contents.

Herbert Muschamp is the author of File Under Architecture and Man About Town: Frank Lloyd Wright in New York City. He died in 2007.