A Rich Tradition of Japanese Literature 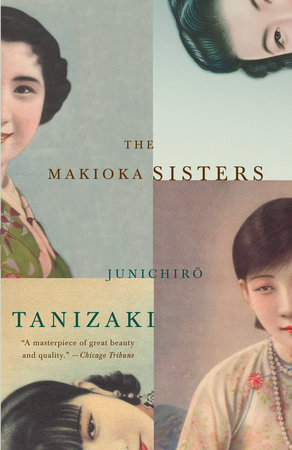 One can find many gems to be discoverd hiding in Vintage’s vastly diverse backlist. Of particular interest is our Vintage International list, home to many of the great masters of modern Japanese literature, among others, such as Yukio Mishima, Kobo Abe, and Junichiro Tanizaki, and, of course, Haruki Murakami.

A great place to start is with Junichiro Tanizaki’s fabulous novel The Makioka Sisters, often called “the greatest Japanese novel of the 20th century.”

In 2007, Leonard Lopate selected this novel as part of his “Underappreciated Writers” series, stating this: “In the rigid literary society of Japan, Junichiro Tanizaki stood out by constructing long narratives whose imaginative content, amplitude, and structure can rightly be called novelistic. He eschewed shishosetsu – the Japanese genre that most closely resembles the novel but includes autobiographical details – choosing instead to call attention to the fictionality of his texts. . .”
Click here to listen the entire piece.

Another is Yukio Mishima’s Five Modern No Plays. “Mishima’s is a wonderful, astonishing and frightening creative energy.” —The New York Times Magazine And don’t forget to check out Mishima’s other book The Sound of Waves

Click here to find out more about Yukio Mishima. And don’t forget to take a look at our other great masters of modern Japanese literature: Kobo Abe, Junichiro Tanizaki, and Karuki Murakami.