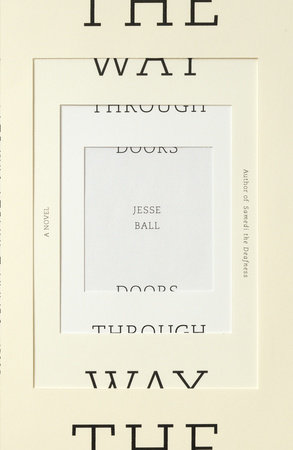 Congratulations to Jesse Ball, author of The Way Through Doors who’s novel is now included in The New Yorker’s Best Books of 2009.

With his debut novel, Samedi the Deafness, Jesse Ball emerged as one of our most extraordinary new writers. Now, Ball returns with this haunting tale of love and storytelling, hope and identity.

When Selah Morse sees a young woman get hit by a speeding taxicab, he rushes her to the hospital. The girl has lost her memory; she is delirious and has no identification, so Selah poses as her boyfriend. She is released into his care, but the doctor charges him to keep her awake, and to help her remember her past. Through the long night, he tells her stories, inventing and inventing, trying to get closer to what might be true, and hoping she will recognize herself in one of his tales. Offering up moments of pure insight and unexpected, exuberant humor, The Way Through Doors demonstrates Jesse Ball’s great artistry and gift for and narrative.