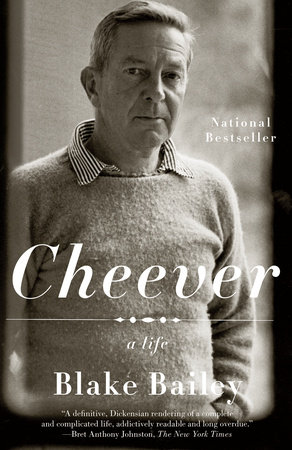 Each is one of the five best books in its respective category. Winners will be announced at a ceremony on March 12.

Lark and Termite, new in paperback, is a rich, wonderfully alive novel about seventeen year old Lark and her brother, Termite, living in West Virginia in the 1950s. Their mother, Lola, is absent, while their aunt, Nonie, raises them as her own, and Termite’s father, Corporal Robert Leavitt, is caught up in the early days of the Korean War. Award-winning author Jayne Anne Phillips intertwines family secrets, dreams, and ghosts in a story about the love that unites us all.

Blake Bailey’s biography Cheever will be released in paperback on March 9th. It masterfully details the life of a man who spent much of his career impersonating a perfect suburban gentleman, the better to become one of the foremost chroniclers of postwar America. Written with unprecedented access to essential sources—including Cheever’s massive journal, only a fraction of which has ever been published—Bailey’s Cheever is a stunning example of the biographer’s art and a brilliant tribute to an essential author.

Also coming in paperback March 9 is The Age of Wonder. In this riveting history, Richard Holmes introduces the men and women whose discoveries and inventions at the end of the eighteenth century gave birth to the Romantic Age of Science. Holmes’s extraordinary evocation of this age of wonder shows how great ideas and experiments—both successes and failures—were born of singular and often lonely dedication, and how religious faith and scientific truth collide.

Read about the official announcement and view the complete list of nominees here.