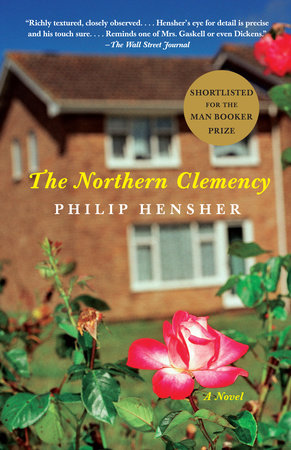 Philip Hensher’s The Northern Clemency is now available in paperback! This remarkable novel has garnered widespread critical acclaim and was honored as a Man Booker Prize Finalist, making it a true discovery for book clubs. And Hensher’s portrait of English life is captivating—these characters and the saga of their lives makes for an unforgettable story.

About the book:
In 1974, the Sellers family is transplanted from London to Sheffield in northern England. On the day they move in, the Glover household across the street is in upheaval: convinced that his wife is having an affair, Malcolm Glover has suddenly disappeared. The reverberations of this rupture will echo through the years to come as the connection between the families deepens. But it will be the particular crises of ten-year-old Tim Glover—set off by two seemingly inconsequential but ultimately indelible acts of cruelty—that will erupt, full-blown, two decades later in a shocking conclusion.

Expansive and deeply felt, The Northern Clemency shows Philip Hensher to be one of our most masterly chroniclers of modern life, and a storyteller of virtuosic gifts.

From the Reading Group Guide:
• Who is the main character in this novel? Is there more than one? Who did you most, and least, enjoy spending time with? Which character undergoes the greatest transformation? In what ways is he/she transformed?

• The notion of keeping secrets—anything from Nick’s double life to Tim’s obsession with Sandra—is a major theme in the novel. Who benefits by being circumspect, and who is damaged by it? What do you think the novel demonstrates about secrets?