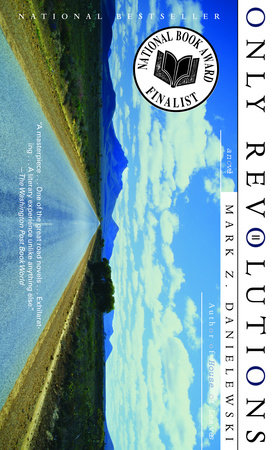 Warner Bros Records has announced the release of breakthrough UK band Biffy Clyro’s new album Only Revolutions. The album is named after the novel by Pantheon author Mark Danielewski. The follow up to 2007’s Puzzle, Only Revolutions will be available exclusively on iTunes beginning March 9, 2010.

According to vocalist/guitarist Simon Neil, “The title is taken from a book by Mark Danielewski, he’s my favourite writer. In half of the book the man’s telling his half of the story and the other half is the girl telling her side of the story. That really touched me. With the songs I’m trying to give both lovers’ aspect of the same story. It’s a give and take you have when you’re madly in love with someone, but also you both see exactly the same things in completely different ways. The title ‘Only Revolutions’ summed it up perfectly.”