Since spring is just around the corner, we had a hankering for the yummy fruit desserts, like pies and tarts, which come with it. But to avoid breaking the bank—it is still a recession, after all—we turned to the Quick Apple Cake recipe in Suzan Colón’s Cherries in Winter, for some inexpensive but fresh inspiration. To our delight, this turned out to be more like apple shortcake than the apple bread we were expecting. It was fluffy and buttery, and the cinnamon apple topping makes it a delicious variation on the more traditional strawberry shortcake. It’s a great dessert to bring to a picnic in the upcoming warm months, or you could substitute other fruits as they come in season, such as raspberries, blackberries, peaches, or pears, to make this recipe year-round.

Note: We recommend you double the recipe for the dough, as one batch of dough covered only half the pan. Also, for spicier shortcake, add some cinnamon, nutmeg, or cloves to the mix itself.

After preheating the oven to 400 degrees, we beat 1 egg and 1/4 cup milk together in a small bowl. 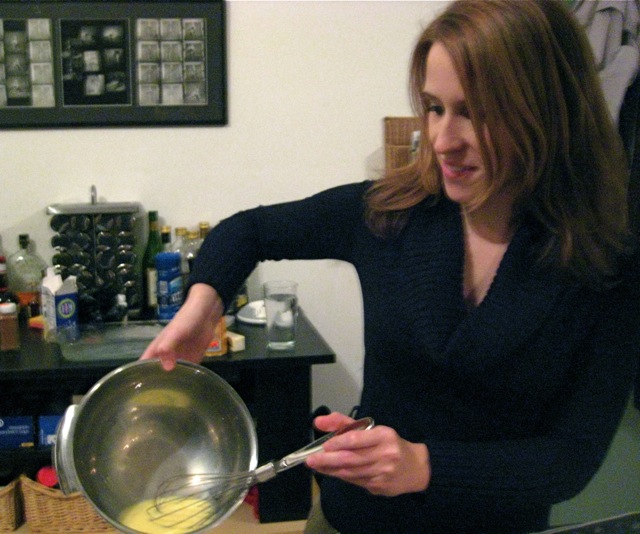 In a second bowl, we combined 1 cup flour, 1-1/2 teaspoons baking powder, 1/2 teaspoon salt and 1 tablespoon sugar. We cut 1/4 cup butter into the dry ingredients with a fork (if your kitchen’s better equipped than ours, use a pastry blender) until the mixture reached the consistency of cornmeal. Then we stirred the wet ingredients into the dry. 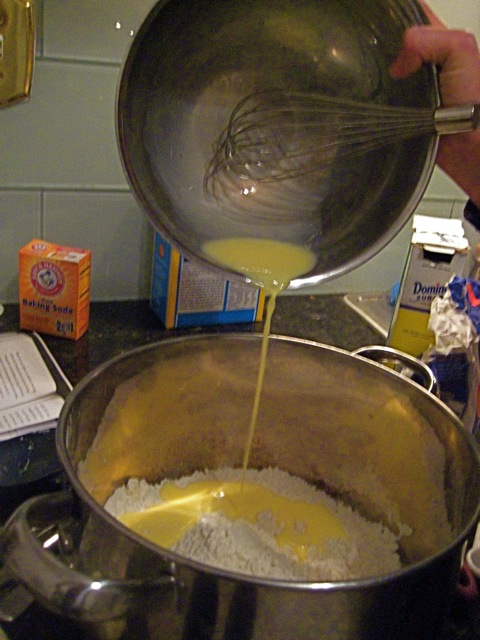 The recipe recommends using an 8” x 8” greased pan. We pressed our batter into a glass dish that measured about 11” x 7”, but there was still room for more! 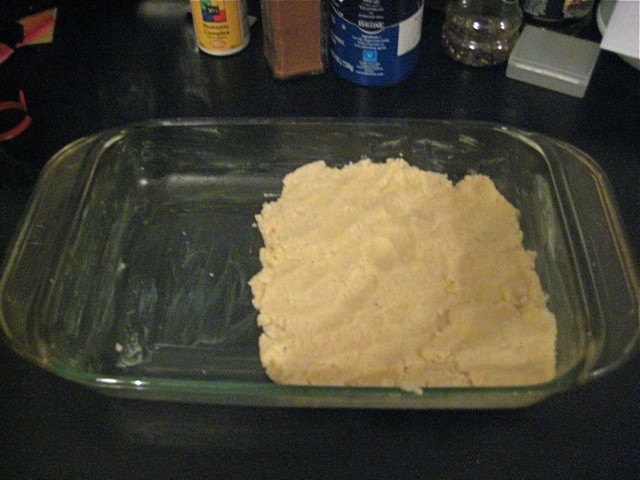 No problem. This recipe is super simple and we quickly whipped up a second batch of batter and added it to the pan. Once that was in place, we sliced 2 apples into thin wedges and arranged them over the batter in rows. 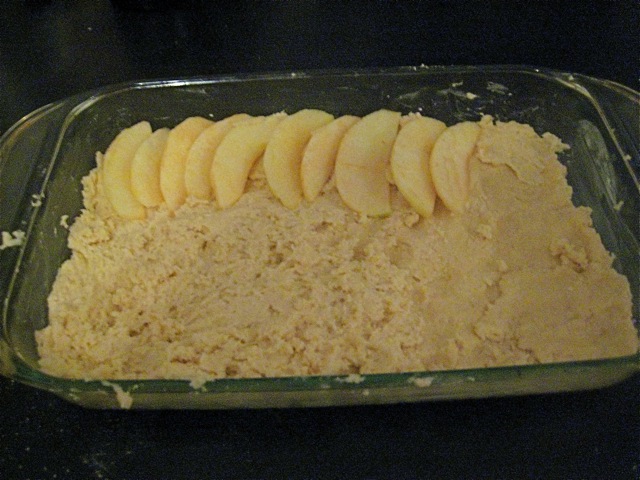 We drizzled 1/4 cup of melted butter over the top (a brush may have helped!) then sprinkled it with a mixture of 2 tablespoons sugar, 1/2 teaspoon cinnamon and 1/4 teaspoon nutmeg. 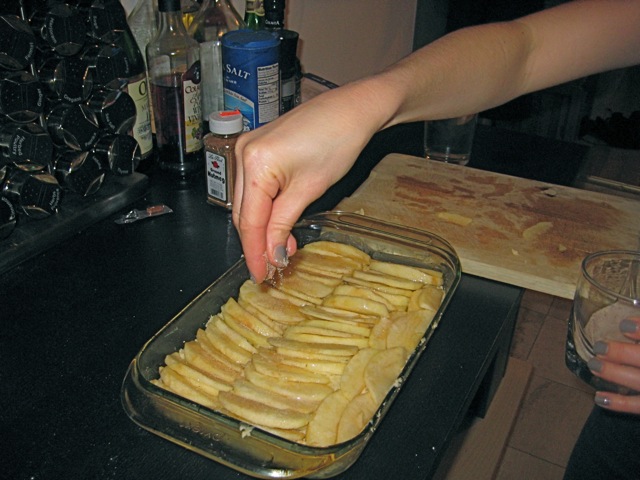 The recipe suggests baking the cake for 25 minutes or more. Ours took about 35 minutes to reach golden perfection. 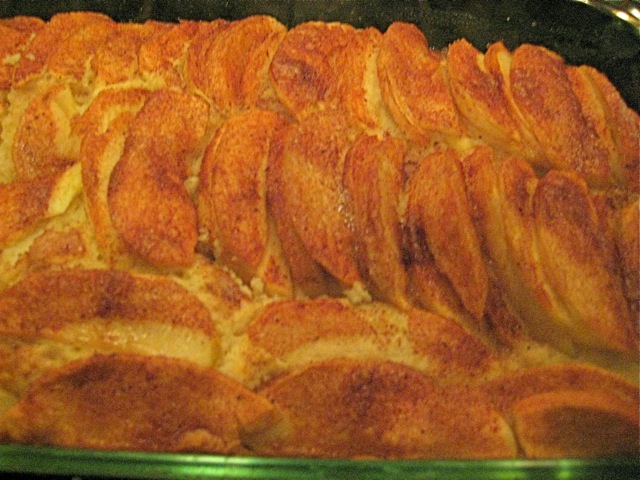 We were somewhat skeptical about the dessert until this point since the batter didn’t call for apples, but all doubts were quelled once we tasted the finished product. The fruit softens in the oven and infuses the cake below it with a delicious apple flavor. Yummm.

Time to dig in! 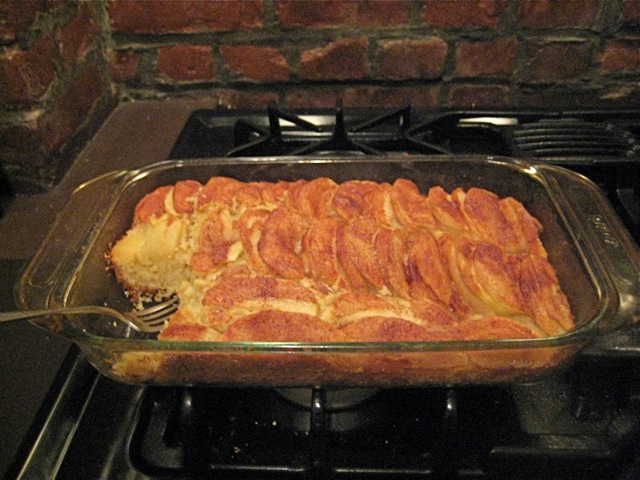