The Knopf Doubleday vs. OPSIT Bakeoff: A Tragedy in Many Baked Parts

This past February, Jeff Yamaguchi, the online director at Knopf Doubleday Publishing Group, threw down the gauntlet at the feet of Random House, Inc.’s venerable operations and information technology group. The terms of the challenge: an Oscars-themed bakeoff in early March, a tripartite baking challenge in the categories of cookies/bars, breads/cakes, and pies. Among the challenge’s three fine judges, we counted one of our own: Judith Jones, legendary editor and author of (most recently) The Pleasures of Cooking for One.

Knopf Doubleday had many intrepid bakers on its side, many of whom you have encountered in our Borzoi Cooks posts. Among our weapons: chocolate stout cake, key lime pie, lemon-and-sweet-tea pie, and quiche. We won the long-contested pie battle on the strength of a breezy, boozy rum pie by Knopf’s advertising director, Stephanie Kloss.

However, Knopf Doubleday did not win the war. OPSIT quickly took the cookie category with a sublime lemon meltaway, and with one victory to each group, both sides looked to Judith Jones to cast her vote on Best Cake. The winner: OPSIT’s Little Baby Jesus cake. We noted with irony that Jeff’s crusade to win the title of Best Baker was trounced by our opposition’s deployment of delicious, religious baked goods.

However, we couldn’t wallow in our loss for long. We were surrounded by desserts! Amidst clips of Oscar-winning films projected onto the walls (and Oscar-winning soundtracks piped in over the speakers), this correspondent gorged herself on pies, cookies, and a few adult beverages. Here are just a few pictures from the event—you can find more on our Flickr page. 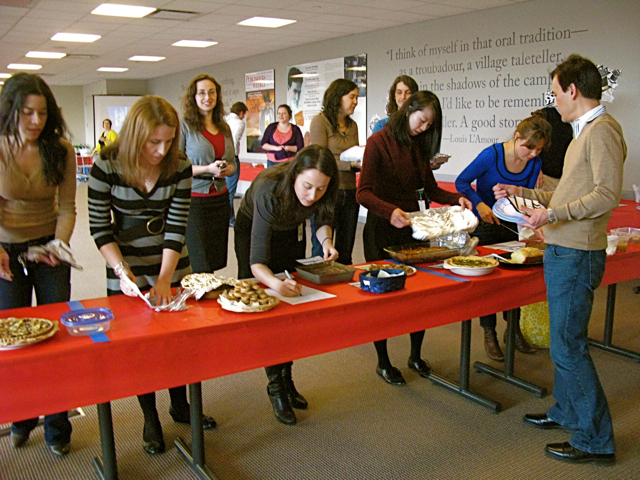 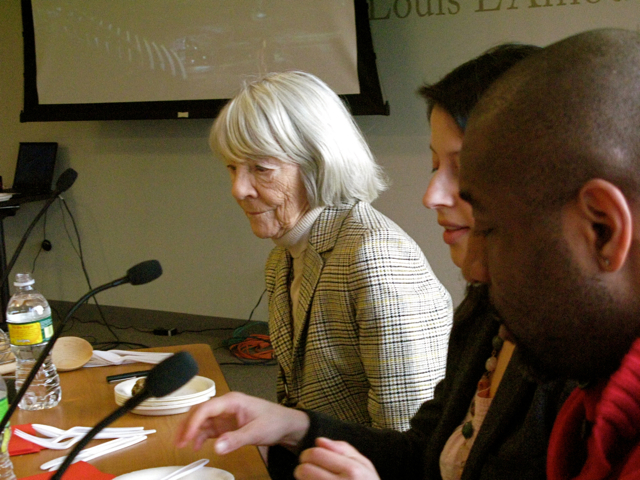 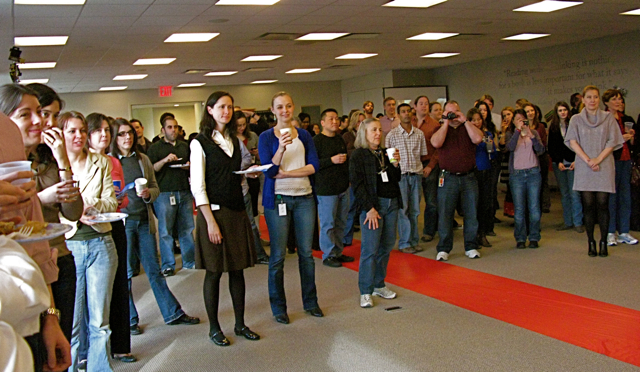 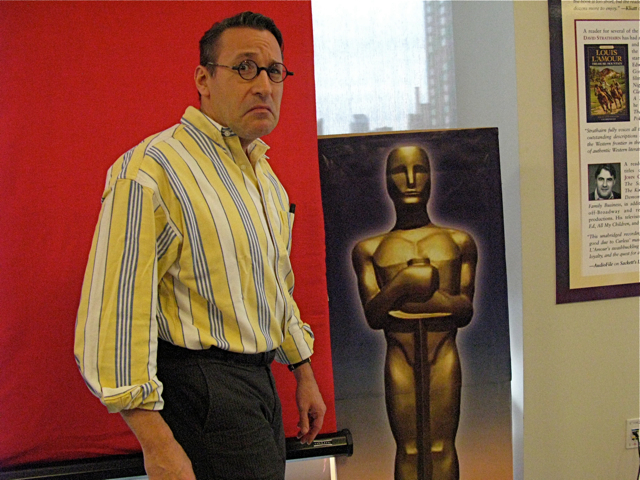