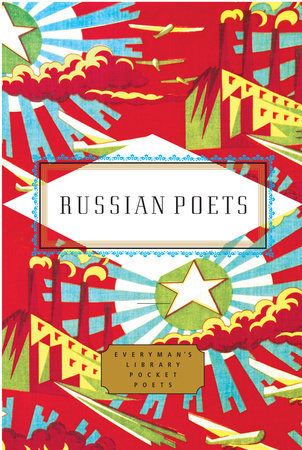 “I love my native land with such perverse affection!” cries Mikhail Lermontov in an enthusiastic entry to the Pocket Poets volume Russian Poets—a category that can’t help but win our own affection, with its characteristically intense, searingly truthful verse from poets born mostly in the 19th century (Blok, Akhmatova, Tolstoy, Mandelstam, Pushkin, to name a few), but also including work by Joseph Brodsky (1940-1996) and Andrei Voznesensky, born in 1933. One section, entitled “The Muse,” opens with Pasternak’s definition of poetry—”It is a fully ripe whistle/ It is ice, shard on shard”—and contains a variety of poems on the subject of making verse, such as this one by Marina Tsvetayeva, translated by David McDuff.

Poems grow in the same way as stars and roses,
Or beauty of no use to a family.
O all the wreaths and apotheoses
One answer: —from where has this come to me?

We sleep, and suddenly, moving through flagstones,
The celestial, four-petalled guest appears.
O world, grasp this! By the singer—in sleep—
are opened
The stars’ law, and the formula of the flowers.