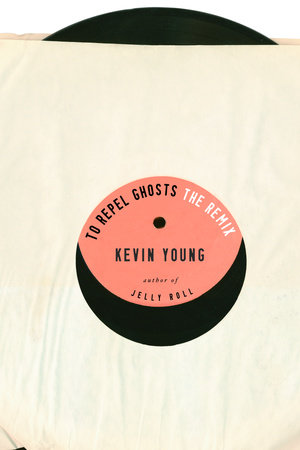 Today’s selection is drawn from Kevin Young’s To Repel Ghosts, a work he calls a “discography” of the life of Jean-Michel Basquiat. This cycle of poems tells the quintessentially 1980s tale of Basquiat’s rise from graffiti artist, know by the tag SAMO, to the hot painter (“blue-chip Basquiat/ playing the bull/ market”) who was overwhelmed by his reputation, addicted to heroin, and dead of an overdose in his late twenties. Young riffs on Basquiat’s paintings and sayings, on the music he loved and collected on vinyl, and on the black folk heroes (Grace Jones, Charlie Parker, Muhammad Ali, Joe Louis) who inspired him, and who provide a foil to his own bout with fame, during what emerges as a tragically brief but exhilarating period of artistic creation.

For a special audio bonus from one of Kevin Young’s own heroes, keep clicking below.

24—
footprints
across a canvas

grits, links,
sweetbreads.
This is your brain.

This your brain
on drugs, scrambled
with a side

on whiskey—
were happy
to serve you.

Wanted Help.
We’re in the weeds—
come on back

Two bits. End
of shift, punching
out. The whites

One of Kevin Young’s poetic mentors was Lucille Clifton, who died in February of this year. Click below to listen to some audio clips featuring Clifton.

Lucille Clifton’s conversation from Poetry in Person on being an extraordinary ordinary woman:

Learn more about To Repel Ghosts

Other titles by Kevin Young