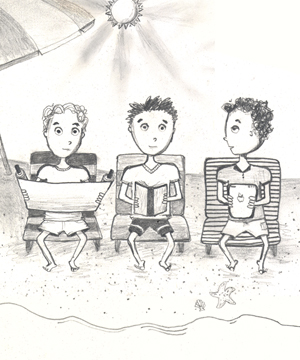 Response to our call for captions for the first ever Knopf Cartoon Caption Contest has been fantastic—a big thanks to all who entered! The newly commissioned Knopf Cartoon Caption Contest Committee had a tough time choosing just three finalists, but after careful consideration we were able to narrow it down to the below finalists. Vote for your favorite and help us crown a winner!

You have until Sunday, June 27th at midnight to cast your vote. The victor will receive his or her choice of three of these Knopf titles.