Before Stieg Larsson…There Was Sjöwall and Wahlöö 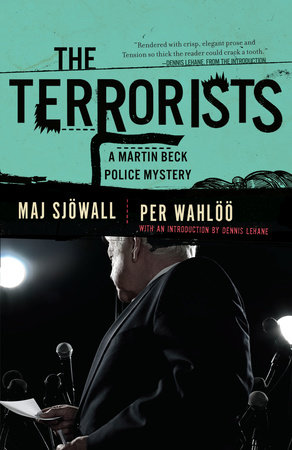 There’s another detective series from Swedish writers that came before Stieg Larsson. This other series also happens to feature an abused woman, similar to The Girl With the Dragon Tattoo. Coincidence? Or, did Larsson maybe gather influence from this set of Swedish writers?

Maj Sjöwall and Per Wahlöö, a couple from Sweden have written ten books that complete their Martin Beck mystery series. The last book in the series, The Terrorists, just came out this week in paperback.

Sarah Weinman, editor from the Daily Beast recently wrote an article about Larsson, Sjöwall and Wahlöö.

“Like Larsson, this couple, Maj Sjöwall and Per Wahlöö, set out to unearth and expose the darker undercurrents of a supposedly placid Swedish society. Like Larsson, they made clear their sympathies with the disenfranchised and let their leftist political leanings show in plain and pointed strokes. Their narrative methods are different, but their influence upon Larsson, and the genre as a whole, produces downright eerie parallels.”

Click here to learn more about the first book in the Martin Beck series, Roseanna.