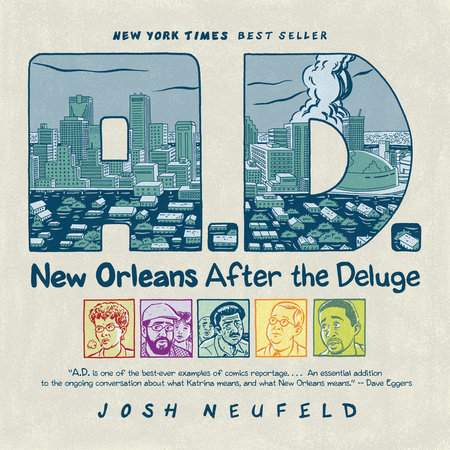 Josh Neufeld’s “unforgettable, breathtaking chronicle of New Orleans before, during and after Katrina” (NPR) A.D.: New Orleans After the Deluge is now onsale in paperback from Pantheon Books. Don’t miss Neufeld’s appearances at the Brooklyn Book Festival on 9/12 and at Greenlight Bookstore on 9/20.