X'ed Out Now on Sale 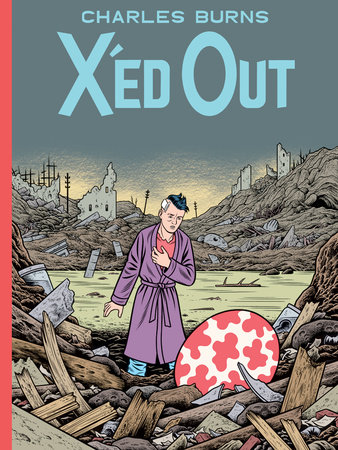 “Welcome to the gorgeously ghoulish world of Charles Burns” (Philadelphia Inquirer). From Charles Burns, the creator of Black Hole, comes X’ed Out, now on sale from Pantheon Books, the “long awaited first chapter in what promises to be a trippy, wildly experimental and typically disquieting epic” (NPR.org). Here is the first volume of an epic masterpiece of graphic fiction in brilliant color. Check out this week’s New York Magazine for a profile on Charles Burns, and take a look at his author tour, and don’t miss his NYC events at the Strand in Manhattan on October 21 at 7 pm, and Greenlight Books in Brooklyn on October 22 at 7:30 pm.

About Charles Burns:Charles Burns grew up in Seattle in the 1970s. His work rose to prominence in Art Spiegelman’s Raw magazine in the mid-1980s and took off from there. He has illustrated covers for Time, The New Yorker, and The New York Times Magazine, among many other publications. Burns’s most recent book, Black Hole, received Eisner, Harvey, and Ignatz awards in 2005. He lives in Philadelphia.