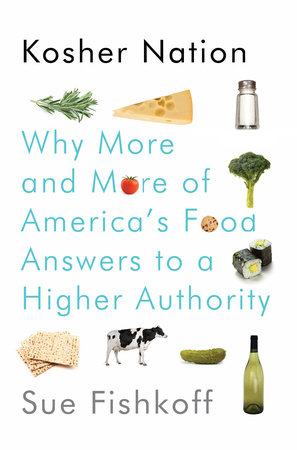 During its first appearance at Kosher Fest—the annual trade show for the kosher food, ingredients, equipment, and food service—Random House was on hand selling copies of Sue Fishkoff’s Kosher Nation and Joan Nathan’s Quiches, Kugels and Couscous. Attendees received free Jewish Encounters bags with each purchase. Nathan appeared at the show on Tuesday, where she was greeted by two media appointments and a crowd of 40 people who heard her lecture about her brand new cookbook. Pantheon reported live from the event on Twitter, and you can find photos from the show on the KDD flickr page.