"Cool It" Documentary Director Talks About Taking the Heat 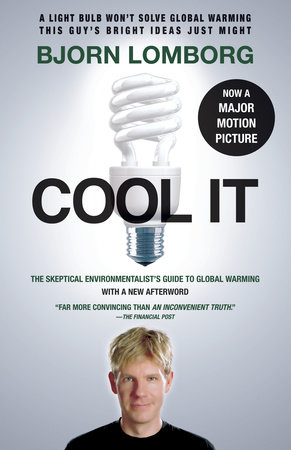 Within the first few seconds of the trailer for Cool It, based on Bjørn Lomborg’s book of the same name, Lomborg himself offers a simple encapsulation of his philosophies: “Fear has been ruling the climate debate. It’s about time that we realize the current approach is broken.” An apparently reasonable statement. So why did director Ondi Timoner find herself arguing with family members over her choice to create this film?

Our friends at the newly-launched Word and Film sat down with Cool It‘s director, Ondi Timoner, to discuss the challenges of taking on Lomborg’s controversial ideas. Timoner herself isn’t one to shy away from a difficult subject — her previous two movies dealt with dysfunctional rock musicians (DiG!) and the loss of privacy in the Internet age (We Live in Public). Reviewers have already praised the film for its daring, with The New York Times saying it “…blossoms into an engrossing, brain-tickling picture as many of Al Gore’s meticulously graphed assertions are systematically — and persuasively — refuted.” Further, The Los Angeles Times calls it a “tantalizing counterpoint” to Al Gore’s An Inconvenient Truth, while The Washington Post notes that “Lomborg presents a host of promising ideas that alternate between the startlingly simple and the scientifically sophisticated.”

Read the entire interview here, check out the trailer for the film, and read an excerpt from the book. Cool It opens today in select cities across the country.