Joan Nathan: not only is she helping us put food on the table, she’s also bringing people together. Let me explain. When I first set out to write this month’s cooking newsletter about Nathan’s new cookbook, Quiches, Kugels, and Couscous, I realized that I didn’t even know what kugels were. Certainly this matter had to be resolved, so I called up my friend Lauren, the former webmistress behind the Schocken newsletter, to help me prepare Joan Nathan’s recipe for noodle kugel with apples.

“Noodle kugel!” Lauren replied. “I love kugel! My grandmother makes the best kugel ever.” Then she consented to walk this sheepish Gentile through the process of making this Jewish staple at home.

Joan Nathan’s recipe couldn’t be easier: in essence, you’re cooking some noodles and putting them in a bowl with some apples, raisins, eggs, and seasonings. 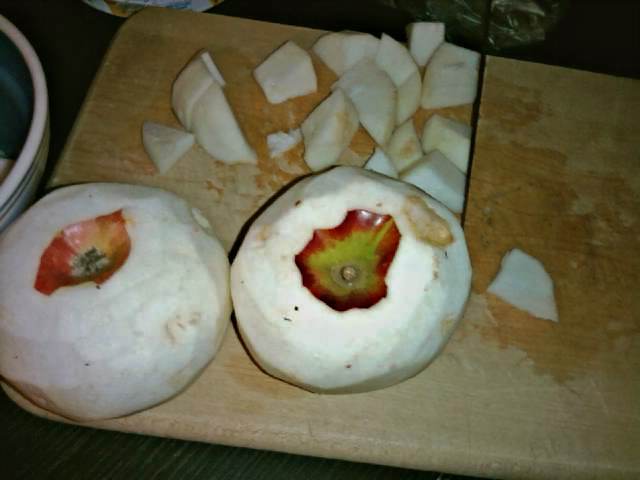 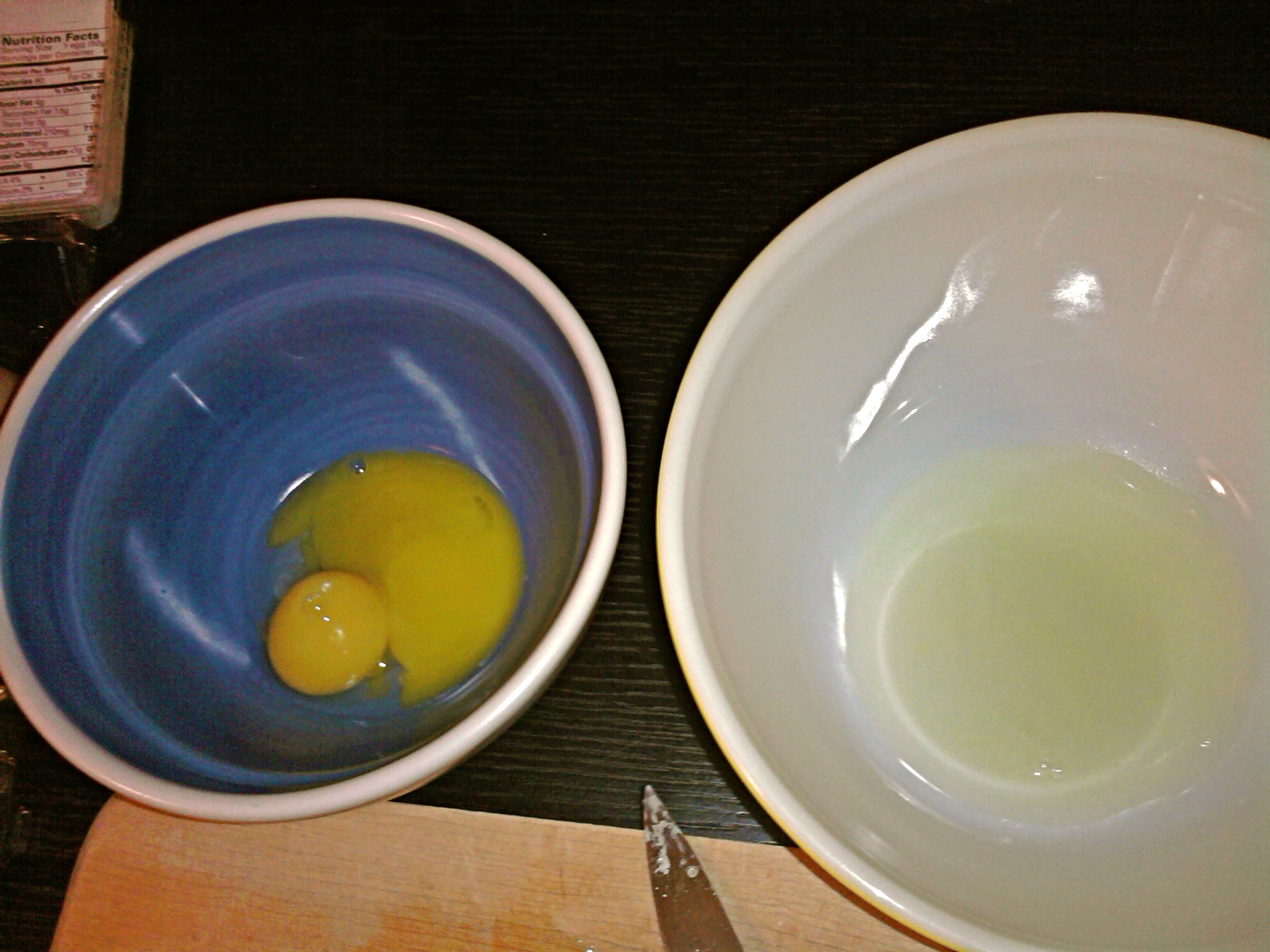 The only tricky part was beating the egg whites until they became stiff—Lauren realized too late that she didn’t have an electric mixer. “Jews were making kugels long before the electric mixer was invented,” Lauren assured me, as we attempted to achieve the desired texture by hand. I’m not sure we got there, but I don’t think it hurt the kugel any. Here’s the dish just before we put it into the oven: 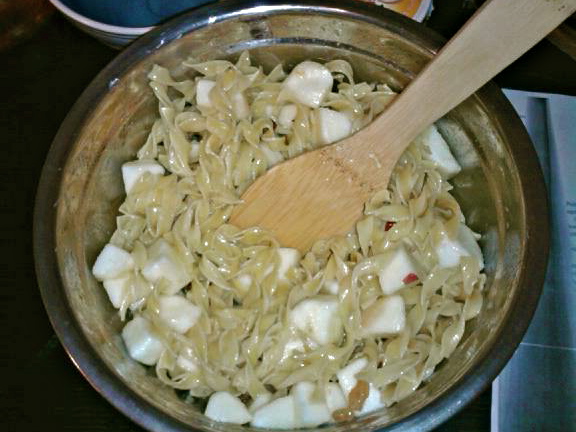 And here it is after 50 minutes of baking: 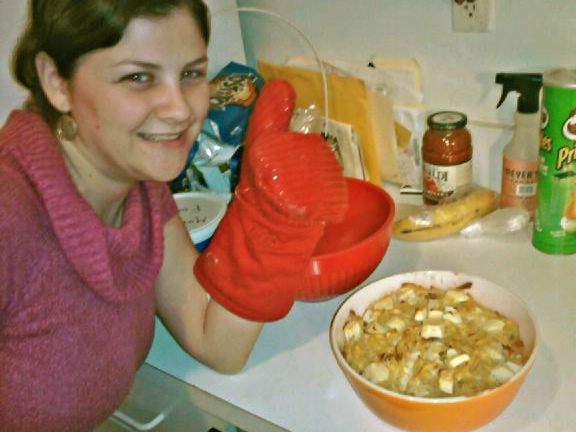 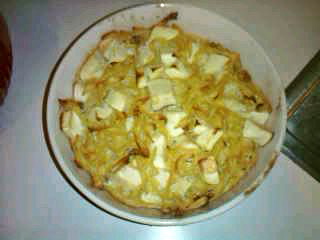 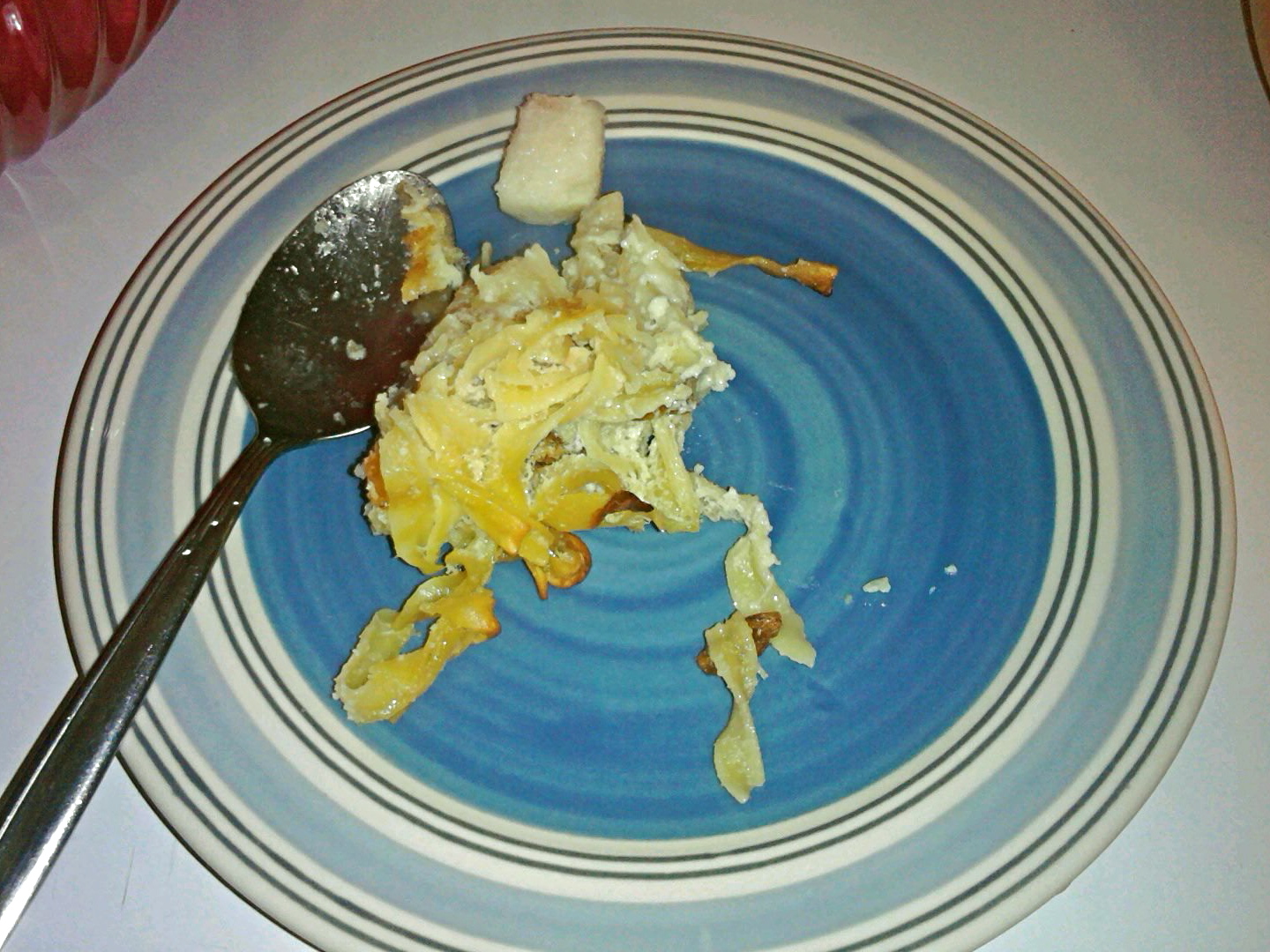 The kugel is somewhat baffling (to this blogger, anyway): it’s sweetish, and the texture is both crunchy and chewy. It takes some getting used to. But if I were served kugel with every Sabbath meal, as is custom, I could see myself forming quite an attachment to this humble dish.