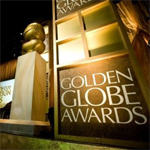 Sunday night’s Golden Globes ceremony was a proud one for book aficionados, as the pool of page-to-screen adaptations took home six awards. Heading up the list was The Social Network, adapted from Ben Mezrich’s The Accidental Billionaires. The Social Network took home four awards, including Best Picture, Best Director (David Fincher), Best Screenplay (Aaron Sorkin), and Best Score (Trent Reznor and Atticus Ross). Fincher, Reznor, and Ross will collaborate soon on another lit-flick of note: The Girl With the Dragon Tattoo.

Other winners included Paul Giamatti, who took home a Golden Globe for his performance in Barney’s Version, based on the novel by Mordecai Richler; and Claire Danes, who won for her performance as Temple Grandin in the HBO miniseries based on the life of the Thinking in Pictures author.

For more analysis of the Golden Globes, click over to Word & Film, where Christine Spines recaps the winners and highlights the top moments from the ceremony.