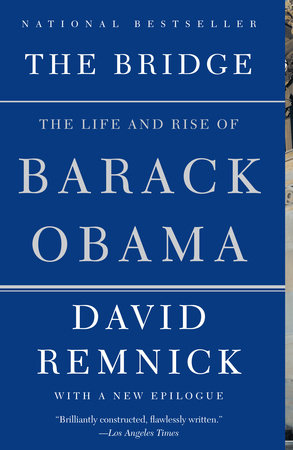 David Remnick, author of The Bridge and editor of The New Yorker, appeared on NPR twice this week to discuss the State of the Union speech delivered by President Obama on Tuesday. Reminck first appeared on The Leonard Lopate Show the day before the State of the Union, contextualizing the speech and discussing how it can serve as an indicator for the 2011 legislative agenda. Yesterday, Remnick appeared on The Takeaway, in a discussion of the speech’s focus and its likely impact.

The Bridge, which The Los Angeles Times called “Brilliantly constructed, flawlessly written…. A near-definitive study of Obama.” is out now in paperback. Our paperback edition includes a new epilogue by David Remnick. Click here to read an excerpt of the book.