New in Paperback: The Infinities, by John Banville 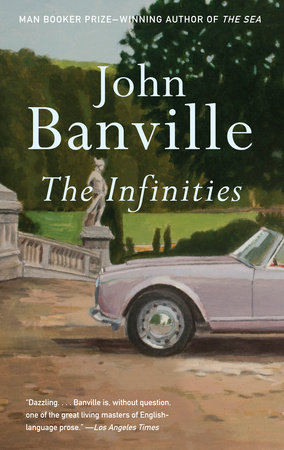 In his first novel since the Booker Prize-winning The Sea, John Banville gives us a wholly unexpected family saga. The Infinities, now in paperback, is the story of the people—and the gods—who gather at the bedside of Adam Godley after he suffers a stroke. As the Godley family strains to keep order and decorum, a handful of immortals, including Zeus, Pan, and Hermes, move among them, stirring the pot.

Critics have praised The Infinities, with The Washington Post calling it “Unforgettable, beautifully written…. Banville is frequently compared to such masters as Beckett and Nabokov, and for years his books have been among the most haunting, beautiful and downright strange in contemporary literature…. If Banville is capable of writing an unmemorable sentence, he has successfully concealed the evidence.” The Los Angeles Times called it “Dazzling,” The New York Times Book Review called it “Sumptuous,” and The New Yorker called it “Ingenious.”