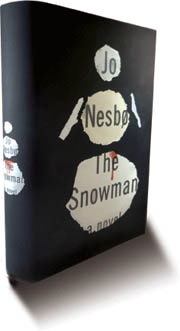 “So gripping that it recalls classics such as The Silence of the Lambs.” —The Sunday Times, UK

Internationally acclaimed crime writer Jo Nesbø’s antihero police investigator, Harry Hole, is back: in a bone-chilling thriller that will take Hole to the brink of insanity.

Oslo in November. The first snow of the season has fallen. A boy named Jonas wakes in the night to find his mother gone. Out his window, in the cold moonlight, he sees the snowman that inexplicably appeared in the yard earlier in the day. Around its neck is his mother’s pink scarf.

Hole suspects a link between a menacing letter he’s received and the disappearance of Jonas’s mother—and of perhaps a dozen other women, all of whom went missing on the day of a first snowfall. As his investigation deepens, something else emerges: he is becoming a pawn in an increasingly terrifying game whose rules are devised—and constantly revised—by the killer.

Fiercely suspenseful, its characters brilliantly realized, its atmosphere permeated with evil, The Snowman is the electrifying work of one of the best crime writers of our time.

Jo Nesbø, musician, economist and author of the best-selling series featuring Detective Harry Hole, has won many prizes for his novels, including the Glass Key, the Riverton Prize and the Norwegian Bookclub prize for best ever Norwegian crime novel. His first novel to be published in English was The Devil’s Star and the second, The Redbreast, was shortlisted for the CWA Duncan Lawrie International Dagger. He lives in Oslo.

Meet Nesbø on his book tour