WHAT:
BLACK DIAMOND
A Mystery of the French Countryside

WHY:
“A paean to the truffle.
“When Hercule Vendrot is murdered while hunting truffles in the Dordogne, his death comes under the purview of his friend and fellow enthusiast of the black diamond truffle, Bruno Courrèges.
“Vendrot had warned Bruno, Chief of Police of St. Denis, that there were shenanigans going on in the Ste. Alvere truffle market. The troubles had escalated from price-fixing to the ransacking of a Vietnamese stall, the firebombing of a Chinese restaurant and full-scale Asian warfare, with Chinese and Vietnamese gangs battling each other for control of the valuable truffle market. Furthermore, both Guillaume Pons and his father, truffle dealers, are vying to become mayor, and the Communists, the Socialists and the Greens are taking sides to determine the outcome.
“More complications arise when it appears that Vendrot’s past includes a stint supervising governmental torture, assassinations and upheaval during the Vietnam era. Bruno’s love life takes a turn for the worse when an English ex-pat becomes enamored of Guillaume, but he finds solace in preparing a venison casserole and creme brulee with truffles for Vendrot’s wake, providing a soothing respite before he’s tossed back into a mess that includes more arson, a double murder, and illegals scurrying hither and yon.
“A glorious foodie’s delight from an author who knows his way around the French passions.”
—Kirkus Reviews

“Every morsel is a savory delight.”
—Publishers Weekly, a starred review 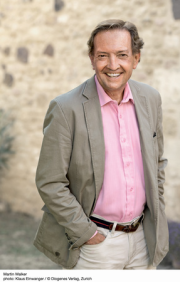