Armchair Adventurer: Take a Walk in the Footsteps of Kurt Wallander 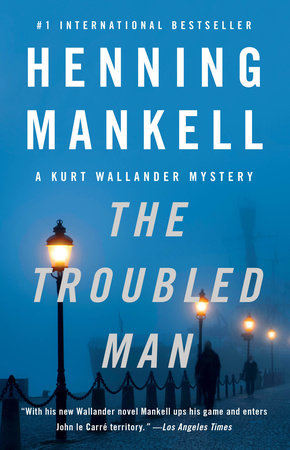 In Henning Mankell’s latest Kurt Wallander mystery, The Troubled Man, Wallander must come to terms with two baffling mysteries. First, his daughter’s father-in-law has disappeared. And second? Having turned sixty, and having long neglected his health, Wallander has become convinced that his memory is failing. Fans of Mankell’s unconventional detective will love the latest installment in the series, about which the San Francisco Chronicle said, “[It is] at once richer in personal detail and more suspenseful than either a work of strictly mainstream fiction or a simple police novel could be.” In honor of the paperback publication of The Troubled Man, this edition of the Armchair Adventurer is devoted to Wallander’s longtime stomping grounds: Ystad, Sweden.

Ystad is a town of 18,350 located in the south of Sweden originally settled in the 12th century. The town is home to Sweden’s oldest preserved monastery, Gråbrödraklostret, now operated as a museum. There are also several castles still standing, many of which can be toured (the Touism Office recommends stopping in for a map). Fans of the arts can catch a performance at the town’s lovely 19th-century theater, and jazz fans will want to plan their trip for August 2012, when the town will host a jazz festival.

Much of Ystad’s current popularity is due to the Wallander books, a fact the Tourism Office has fully embraced—they’ve even created a guide to many of the book’s key locations! “In the Footsteps of Wallander” offers photos and descriptions of locations depicted in Mankell’s books. The feature also includes a guide to locations where the films based on the Wallander books—both the Swedish films and the recent BBC series—were shot. We particularly like these photos of Kåseberga and Ales stenar, where Wallander once surprised Anette Brolin with a picnic (in Faceless Killers). Also be sure to take a peek at Wallander’s favorite cafe, Fridolfs konditori, and Mariagatan, the street where Wallander lives. Those visiting Ystad can download a walking tour app (available for iPhone and Android users).

Finally, for a glimpse of Ystad’s beautiful geography and charming streets, watch the brief film below…and don’t be surprised if you find yourself considering a visit to this gorgeous town!