Kenneth Koch's "A Schoolroom in Haiti" 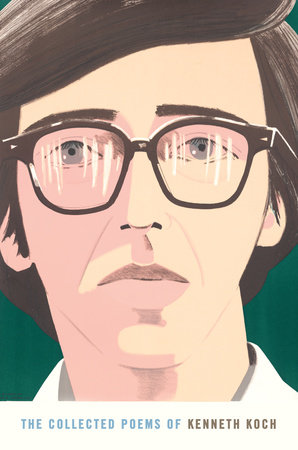 Kenneth Koch (1925-2002) was a legendary teacher of poetry, whose presence is still felt among the many young poets who passed through his classroom. He liked to teach elementary-school children as well as the usual graduate students; today’s poem, which appeared in his final collection, A Possible World, came out of a trip he took to Haiti in 1975, invited by the American ambassador to teach poetry in a Port-au-Prince lycée. As Koch later wrote about his poetry experiments in other countries, with their distinct literary traditions and contexts for poetry, “I did the foreign teaching, I think, mostly out of curiosity: to see if the teaching would work, and to see what kinds of poems the children would write. I didn’t think that the ease, excitement, and spontaneity, the quick and poetic responsiveness of my students at P.S. 61 in New York were exclusively American phenomena.” As it turned out, despite the pupils’ lack of familiarity with his teaching method and the atmosphere described below, Koch did break through to the Haitian children, using Blake’s “Tyger” and Rimbaud’s “Vowels” as examples for them to follow.

A Schoolroom in Haiti

In Haiti, Port-au-Prince, a man walked up and down the school hallways
carrying a bull whip.
Oh, he never uses it, the school administrator said. Its purpose is only to
instill good discipline in the students.
They were from fourteen to seventeen years old,
Boys in white shirts and white short pants. They stood up
And wouldn’t sit down till the Minister of Education
Beckoned to them to do so.
They concentrated very hard on the ideas they were being given for
writing poems.
After the officials left, they started writing their poems in Creole.
After four or five days they were asking to come forward and sing to the
rest of the class these Creole poems. They did so.
This experiment was never repeated. The government became even more
repressive.
One poem begins “B is for black, Bettina, a negress whom I dote on.”
The assignment was a poem about the colors of the vowels or the
consonants in the manner of Rimbaud.
What has happened to those poems? What has become of those students?
I have the poems in New York. In Haiti I had asked to teach ten-year-olds
but I had been told
They won’t be able to write well enough. The reason was they didn’t
know French,
Not well enough to be able to write poetry. Their native language was
Creole,
The language they spoke at home, but at the Lycée Toussaint L’Ouverture
And every other school, the instruction was in French.
They were stuck behind the French language. It loomed over them a wall
Blocking out everything:
Blocked mathematics, blocked science, blocked history, blocked literature
While Creole stayed back with them, cooking up poetry
But that was all. For the most part, except for a few rich boys
Who could afford to study French in the afternoons
They were left fatally behind.

Excerpt from COLLECTED POEMS © 2005 by The Kenneth Koch Literary Estate. Excerpted by permission of Alfred A. Knopf a division of Random House, Inc. All rights reserved. No part of this excerpt may be reproduced or reprinted without permission in writing from the publisher.