Phi: A Voyage from the Brain to the Soul by Giulio Tononi 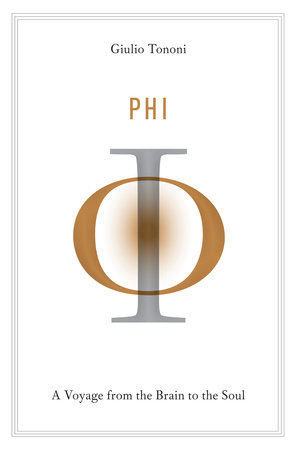 From one of the most original and influential neuroscientists at work today, here is an exploration of consciousness unlike any other—as told by Galileo, who opened the way for the objectivity of science and is now intent on making subjective experience a part of science as well.

Galileo’s journey has three parts, each with a different guide. In the first, accompanied by a scientist who resembles Francis Crick, he learns why certain parts of the brain are important and not others, and why consciousness fades with sleep. In the second part, when his companion seems to be named Alturi (Galileo is hard of hearing; his companion’s name is actually Alan Turing), he sees how the facts assembled in the first part can be unified and understood through a scientific theory—a theory that links consciousness to the notion of integrated information (also known as phi). In the third part, accompanied by a bearded man who can only be Charles Darwin, he meditates on how consciousness is an evolving, developing, ever-deepening awareness of ourselves in history and culture—that it is everything we have and everything we are.

Not since Gödel, Escher, Bach has there been a book that interweaves science, art, and the imagination with such originality. This beautiful and arresting narrative will transform the way we think of ourselves and the world.

This title is printed in full color throughout.