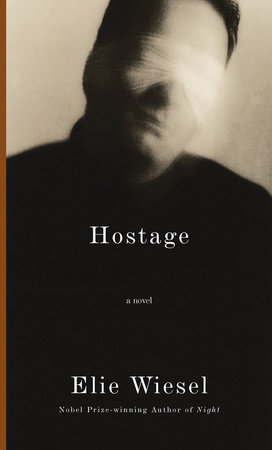 From Elie Wiesel, Nobel laureate and author of Night, a charged, deeply moving novel about the legacy of the Holocaust in today’s troubled world and the ongoing Israeli-Palestinian conflict.

It’s 1975, and Shaltiel Feigenberg—professional storyteller, writer and beloved husband—has been taken hostage: abducted from his home in Brooklyn, blindfolded and tied to a chair in a dark basement. His captors, an Arab and an Italian, don’t explain why the innocent Shaltiel has been chosen, just that his life will be bartered for the freedom of three Palestinian prisoners. As his days of waiting commence, Shaltiel resorts to what he does best, telling stories—to himself and to the men who hold his fate in their hands.

With beauty and sensitivity, Wiesel builds the world of Shaltiel’s memories, haunted by the Holocaust and a Europe in the midst of radical change. A Communist brother, a childhood spent hiding from the Nazis in a cellar, the kindness of liberating Russian soldiers, the unrest of the 1960s—these are the stories that unfold in Shaltiel’s captivity, as the outside world breathlessly follows his disappearance and the police move toward a final confrontation with his captors.
Impassioned, provocative and insistently humane, Hostage is both a masterly thriller and a profoundly wise meditation on the power of memory to connect us to the past and our shared need for resolution.

Elie Wiesel is the author of more than fifty books, both fiction and nonfiction. He is a recipient of the United States Congressional Gold Medal, the Presidential Medal of Freedom, the French Legion of Honor’s Grand-Croix, an honorary knighthood of the British Empire and, in 1986, the Nobel Peace Prize. Since 1976, he has been the Andrew W. Mellon Professor in the Humanities at Boston University.