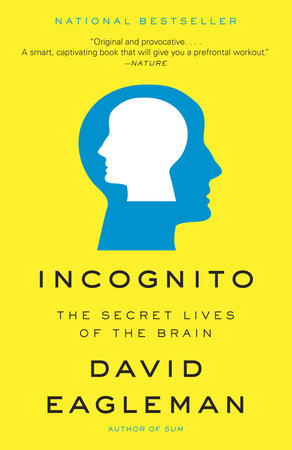 On Sunday, September 23rd, CNN’s Next List will air a profile of David Eagleman, author of Incognito. The program will focus on Eagleman’s work as head of the Laboratory for Perception and Action at Baylor College of Medicine in Houston, where he oversees “some 50 different projects on the human brain.”

Get a sneak peak at the program in these four videos, produced by the Next List and featuring some of Eagleman’s most notable projects.

“Society is going to have to deal with…this relationship between brain and behavior…”:

“The main theme is, how do brains construct reality?”:

“We’re trying to figure out how time is represented in the brain…”:

“I’m interested in neuro-law because it’s really where the rubber hits the road…”: