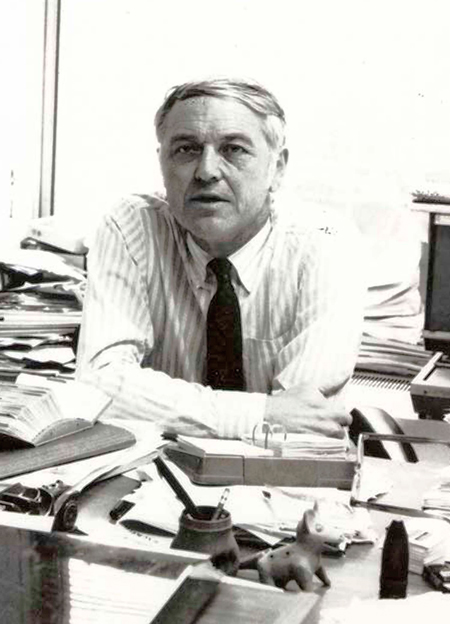 It is with the greatest sadness that we share the news that Ashbel Green, a former vice president and beloved senior editor at Knopf, died September 18th at the age of 84.

Ash was born in New York City and earned his B.A. and M.A. at Columbia University. He died near his home in Connecticut, while dining with his wife Betsy Osha.

Funeral services will be held on Sunday, September 23rd at 1:00 pm at Calvary Church in Stonington.

Some remembrances from Ash’s colleagues:

“He was part of the fabric of this place. He was such a decent, decent man.” —Jonathan Segal, Knopf editor

“He was an editor’s editor. Those kind of people are rare in any generation. The last few years weren’t easy, but he made it seem easy.” —Gary Fisketjon, Knopf editor

“He was a mentor to me by example. He never had a bad thing to say about anybody. He was unflappable. He handled bad news with equanimity. He handled authors and agents so well and was always so kind—which is harder than it seems.” —Andrew Miller, Knopf editor

“You could hear his typewriter from anywhere on the floor. He was a classic editor with a red pencil.” —Paul Bogaards, director of publicity at Knopf