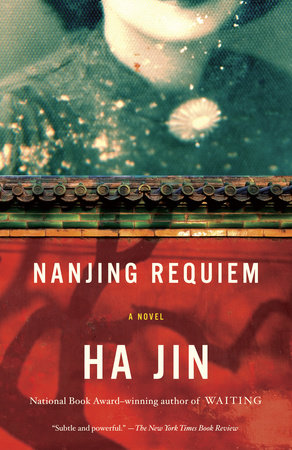 It’s 1937, with the Japanese poised to invade Nanjing, American missionary Minnie Vautrin decides to remain at the school where she is employed as dean. In the aftermath of the invasion, the school becomes a refugee camp for more than ten thousand homeless women and children, and Vautrin must struggle, day after day, to intercede on the behalf of the hapless victims.

At once a searing story that unfurls during one of the darkest moments of the twentieth century and an indelible portrait of a singular and brave woman, Nanjing Requiem is another tour de force from Ha Jin, the National Book Award-winning author of Waiting.

In this video, Ha Jin discusses the challenges he faced in writing Nanjing Requiem: