Bruno and the Carol Singers by Martin Walker 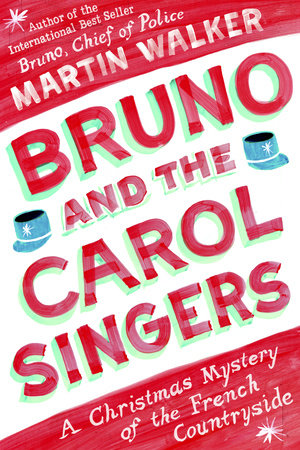 Treat yourself to a trip to France for only 99 cents!

“A gentle reminder to slow down and smell the grapes” says The New York Times Book Review.

Martin Walker has created a delightful, internationally acclaimed series of mysteries featuring Bruno, chief of police of the small French village of St. Denis. In this exclusive eBook, St. Denis is experiencing its coldest winter in years—bringing the promise of snow and shared chocolats chauds in the village’s cafés—and Bruno is occupied with his Christmastime duties. From organizing carolers to playing Father Christmas for the local schoolchildren, Bruno has his hands full . . . at least until some funds raised for charity go missing. Then it’s up to Bruno to save the day (and perhaps manage a Christmas miracle) in this charming holiday installment of Walker’s best-selling series.

Martin Walker is senior director of the Global Business Policy Council, a think tank on international economics founded by the A. T. Kearney management consultancy. He is also a senior scholar of the Woodrow Wilson International Center for Scholars in Washington, D.C., and editor in chief emeritus of United Press International, for, which he writes the weekly syndicated column on international affairs “Walker’s World.” Mr. Walker spent twenty-five years as a prizewinning journalist with The Guardian. He has also written for The New York Times, The Washington Post, Foreign Policy, The New Yorker, The New Republic, The Times Literary Supplement and other national and foreign publications. He divides his time between Washington, D.C., and the Périgord region of France. Readers can learn more about Bruno and his friends, his cooking and his region at brunochiefofpolice.com.