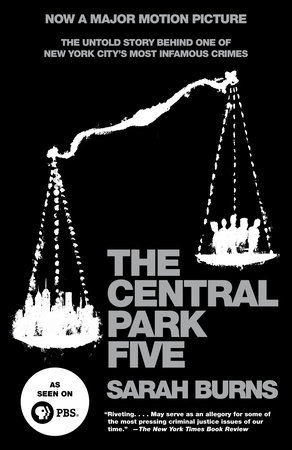 The Central Park Five, a documentary based on the book by Sarah Burns, has been nominated for best documentary screenplay by the Writers Guild. Burns wrote and directed the film alongside David McMahon and Ken Burns, who share the nomination with her. The winners will be announced at a ceremony on February 17, 2013.

The documentary is a powerful re-examination of one of New York City’s most notorious crimes and its aftermath. In 1989, five black and Latino teenagers were apprehended and wrongfully convicted for raping and beating a jogger. Over a decade later, when DNA tests connected serial rapist Matias Reyes to the crime, the government, law enforcement, social institutions and media of New York were exposed as having undermined the individuals they were designed to protect.

The Central Park Five is currently showing in select theaters and is available On Demand from IFC Films. Click to watch clips from the movie and to check for availability in your area. Plus, read a Q&A with Sarah Burns and Raymond Santana, Korey Wise, Yusef Salaam, Kevin Richardson and Antron McCray—the Central Park Five themselves.