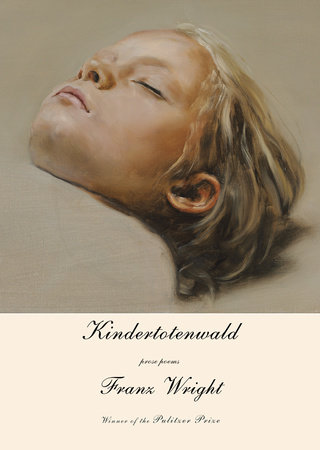 A genre-bending collection of prose poems from Pulitzer Prize–winner Franz Wright brings us surreal tales of childhood, adolescence, and adult awareness, moving from the gorgeous to the shocking to a sense of peace. Wright’s most intimate thoughts and images appear before us in dramatic and spectral short narratives: mesmerizing poems whose colloquial sound and rhythms announce a new path for this luminous and masterful poet.

In these journeys, we hear the constant murmured “yes” of creation—“it will be packing its small suitcase soon; it will leave the keys dangling from the lock and set out at last,” Wright tells us. He introduces us to the powerful presences in his world (the haiku master Basho, Nietzsche, St. Teresa of Avila, and especially his father, James Wright) as he explores the continually unfolding loss of childhood and the mixed blessings that follow it. Taken together, the pieces deliver the diary of a poet—“a fairly good egg in hot water,” as he describes himself—who seeks to narrate his way through the dark wood of his title, following the crumbs of language. “Take everything,” Wright suggests, “you can have it all back, but leave for a little the words, of all you gave the most mysteriously lasting.” With a strong presence of the dramatic in every line, Kindertotenwald pulls us deep into this journey, where we too are lost and then found again with him.

Franz Wright’s most recent works include Wheeling Motel and Earlier Poems. Walking to Martha’s Vineyard was awarded the Pulitzer Prize in 2004, and he has also been the recipient of two National Endowment for the Arts grants, a Guggenheim Fellowship, a Whiting Fellowship, and the PEN/Voelcker Award for Poetry, among other honors. He lives in Waltham, Massachusetts, with his wife, the translator and writer Elizabeth Oehlkers Wright.