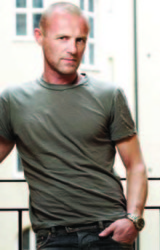 WHAT: REDEEMER, A Harry Hole Novel

WHERE: Set in Oslo

WHY:
“Rarely does a mystery novel succeed on so many levels.
“As a literary stylist as well as a master of mystery, Jo Nesbø has established himself as the king of Scandinavian crime fiction, a genre that became an international sensation in the wake of the posthumous success of Stieg Larrson’s The Girl With the Dragon Tattoo. This is actually the novel that precedes The Snowman, the work that launched Nesbø internationally as a best-selling author, and the sixth Harry Hole novel overall. It may also be the best, or at least the richest, in its evocation of a sinister plot involving the Salvation Army during the Oslo Christmas season.
“The rape of one Salvation Army teen by another sows the seeds for all the complications that follow, yet it takes most of the novel for the reader to be certain of the identities of the rapist and victim, as the very notion of identity defies easy resolution throughout. With its themes of forgiveness and redemption, and the difference between the two, the novel presents every one of its characters as a flawed human being, unable to separate into categories of good guys and bad guys. In fact, the title character is a shadowy contract murderer, and redemption also serves as a euphemism for a junkie’s fix. As one initially peripheral character who proves crucial tells Hole, ‘You’ve discovered that guilt is not as black-and-white as you thought when you decided to become a policeman and redeem humankind from evil. As a rule there’s little evil but a lot of human frailty. Many sad stories you can recognize in yourself.’ Ultimately, a story with a lot of pieces to its puzzle hurtles toward a climax that is not merely sad, but tragic.
“The intricate plotting explores psychological and theological dimensions that go deeper than standard notions of good and evil…Those with an affinity for the darkest and most literary crime fiction will want to get here as soon as they can.” —KIRKUS, a starred review

Translated from the Norwegian by Don Bartlett 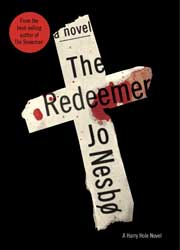 Media Resources:
About the book | About the author | Read an excerpt | Download the jacket or the author photo | Listen to the Random House AudioBook