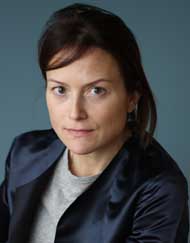 WHAT: ELEVEN DAYS, a novel

WHY: “This well-turned story packs plenty of emotion.
“A mother considers the fate of her son, a Navy SEAL, with equal measures of intellect and heartbreak in this debut. Carpenter introduces Sara, the lead of this assured novel, in a state of high anxiety: Her son, Jason, has been missing after a mission went awry, and though his fellow soldiers and military brass are supportive, details are scarce. With too much time to think, she considers her affair with Jason’s father, a high-ranking diplomat, and her son’s unlikely transformation into a top-tier warrior.
“Carpenter alternates between Sara’s perspective and Jason’s, the latter allowing her to display the depth of her research into brutal special-ops training and the curious equipoise that great soldiers possess. This is ultimately a novel about how everyone, from soldiers to diplomats to parents, semisuccessfully attempts to keep their balance amid the wild inexplicability of war. In the process, Carpenter explores the mythmaking elements of warfare, from training folklore to the dissembling that authorities reflexively engage in. Stripped of either satire or extreme violence, it lingers on the cold inevitabilities of conflict, which makes it a highly moral anti-war novel without noisily announcing itself as such.
“Among the smartest of the batch of recent American war novels.” —KIRKUS REVIEWS

“A compelling story made memorable by the strength of its elegant prose.” —Toni Morrison 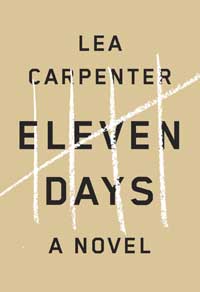 “What Denis Johnson did for the Vietnam War in Tree of Smoke, Lea Carpenter does for Iraq and Afghanistan in her superb Eleven Days. But at the core of this extraordinary novel is the love of a mother for her child. That’s the story of us all, and that’s the story that may well break your heart.” —Ben Fountain, author of Billy Lynn’s Long Halftime Walk

“Eleven Days is an extraordinary accomplishment. Written with an elegant precision, this book is at its core a story about love: between a mother and a son, a son and a father, and a special group of men for each other and the imperfect country they choose to serve.” —Kevin Powers, author of The Yellow Birds