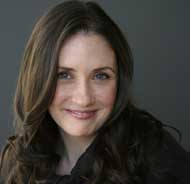 WHAT: THE ENGAGEMENTS, a novel

WHY: “An intricate, beautifully timed novel, so delicious in its gradual unfolding that readers will want to reread it immmediately to enjoy the fully realized ties.
“Mary Frances Gerety’s greatest contribution to American romance, not to mention the jewelry industry, was the tagline she wrote for her employer, the N.W. Ayer advertising agency: ‘A diamond is forever.’
“Under the umbrella of the real-life Frances’s career, Sullivan weaves the stories of four couples bound together over decades by one opulent and iconic diamond engagement ring. We begin in the 1970s with the Pearsalls, reeling from their immature son’s abandonment of his family for a flagrant affair. In the 1980s, EMT James and nurse Sheila struggle in a stagnant Boston economy while working low-income jobs. In the early aughts, a beautiful French woman abandons her husband as she is consumed by passion for a brilliant and much younger American violinist, to whom she becomes engaged — until his 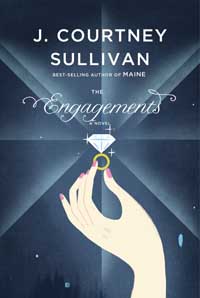 behavior sends her on a rampage. A decade later, Kate and Dan eschew marriage while they prepare for the same-sex nuptuals of Kate’s gay cousin.”
—Beth Andersen, LIBRARY JOURNAL

“Elegant, assured, often moving and with a gentle moral lesson to boot.” —KIRKUS, a starred review

Media Resources:
About the book | About the author | Author Q&A | Read an excerpt |  Download the jacket or the author photo | Listen to the Random House AudioBook