Media Center: ‘Instructions for a Heatwave’ by Maggie O’Farrell 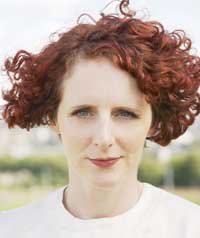 WHAT: INSTRUCTIONS FOR A HEATWAVE, a novel

WHY: “A beautiful portrait of family life.
“It is July 1976, and London is in the grip of an intense heatwave. All over the city, people are coming unhinged, and the Riordans are no exception. Retired banker Robert has left to buy a newspaper and never returns. His wife, Gretta, calls their three children, who converge on the family homestead for the first time in years. Michael Francis, full of regrets for the decisions he has made, is worried sick that his marriage is over; uptight Monica, trapped in a second marriage with two stepchildren who hate her, is not speaking to the younger sister she practically raised; and Aoife, who has taken herself off to Manhattan but cannot outrun the dyslexia that has made her working life a virtual hell…The Riordans end their search in Ireland, where the family’s secrets and private feuds come raging forth so that the true healing can begin.”
—Joanne Wilkinson, BOOKLIST 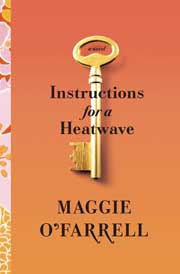 “Quiet domestic drama spiced with fine comic moments…A skillfully written novel of manners. O’Farrell paints a knowing, affectionate, sometimes exasperated portrait of these beleaguered people, who are bound by love, if a sometimes-wary love, but torn apart by misunderstanding, just like all the rest of us.”
—KIRKUS REVIEWS

Media Resources:
About the book | About the author |  Download the jacket or the author photo | Listen to the Random House AudioBook