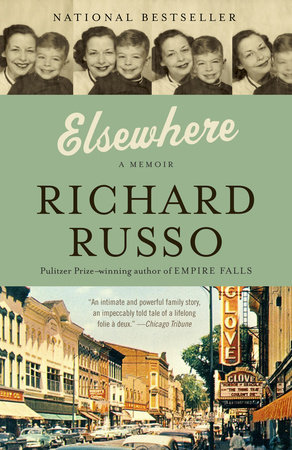 Early in Richard Russo’s touching Elsewhere, the author considers a photo of his mother. “In the GE photograph my mother looks both old-fashioned and modern, both of her time and oddly outside of it, a strange mix of stubborn confidence and acute anxiety.”

The description provides a wonderful introduction to both his book and the author’s mother, a loving but high-strung single parent whose well-intentioned efforts to provide the best for her son were often undermined by her erratic behavior. Russo’s memoir Elsewhere is every bit as witty, poignant, and bracing as the Pulitzer Prize winner’s works of fiction, in large part because of his willingness to objectively and perceptively examine his relationship with his mother.

Of course, when it comes time to examine the past, holding onto family photographs helps. Here are a few exclusive photos from Russo’s childhood in Gloversville, New York. Maybe they’ll help spark conversation when your reading group tackles Elsewhere! 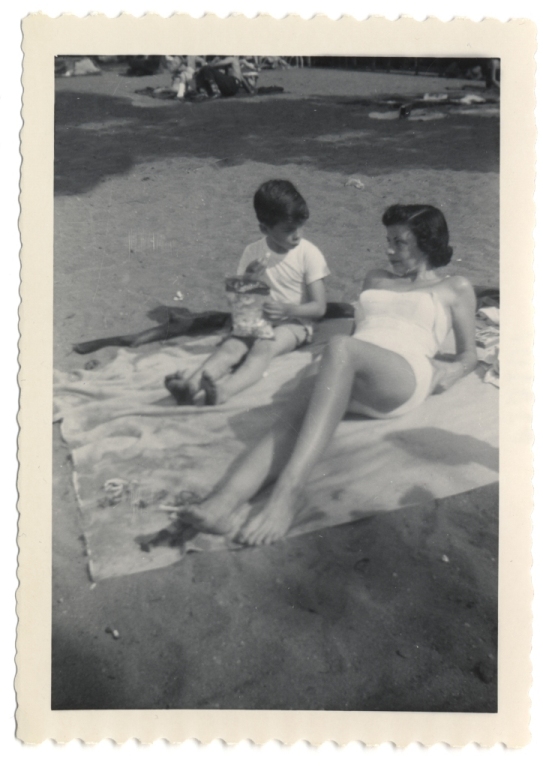 Jean and Rick at Caroga Lake, about ten miles from Gloversville. ©Richard Russo 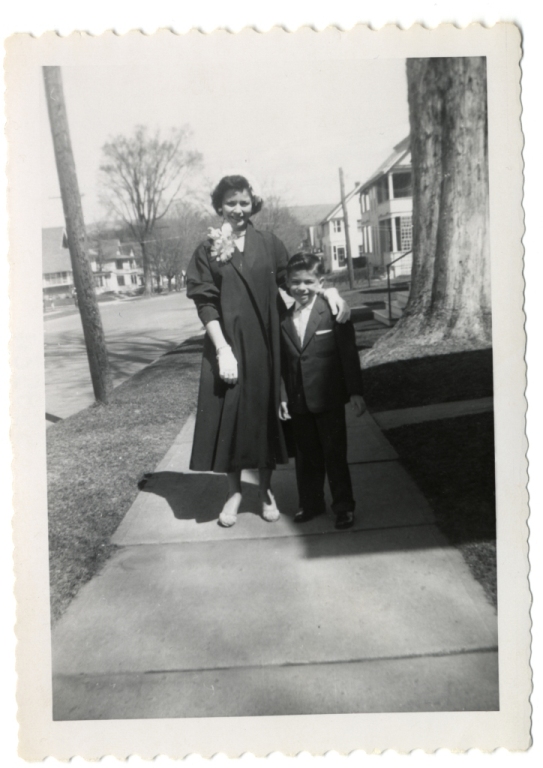 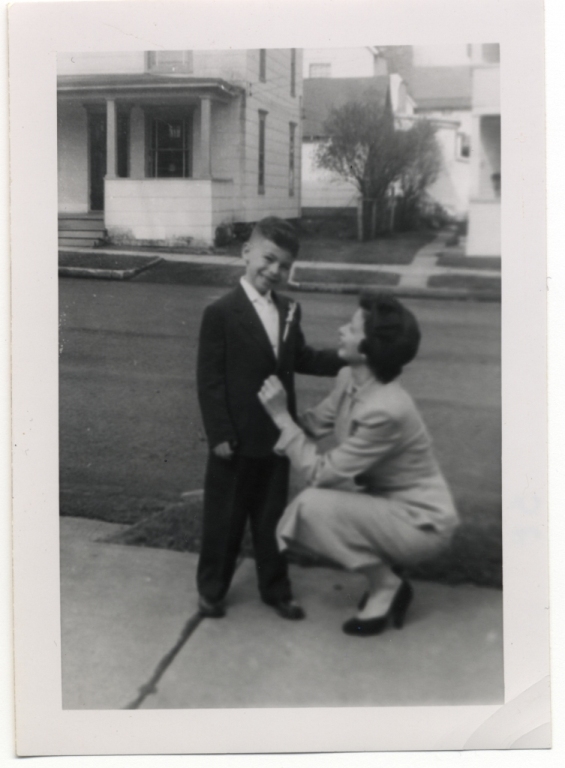 Rick before his first communion, sporting the “white side-walls” of a too-short recent haircut. ©Richard Russo