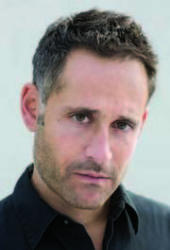 WHAT: A MARKER TO MEASURE DRIFT, a novel

WHERE: Set in Greece and Africa.

WHY: “A moving, deeply felt and lyrical novel about past and present.
“A 23-year-old refugee from Liberia tries to escape the horrors of her past. Jacqueline arrives in Santorini with a backpack, the clothes on her back and no money. We slowly learn the details of her life through a series of flashbacks to her home and affair with a French journalist as well as through imagined conversations with her mother, a religious woman who believes in equal measure in two contradictory ideas: that everything is ‘God’s will’ and that ‘We pay for our sins, for the sins of others….Anyway, we can’t understand.’
“At first, Jacqueline finds a cave in which to spend her nights, and she supports herself by giving foot massages to the tourists on the beaches. This helps her make a subsistence living, though much of the time she’s still uncomfortably close to starvation. She develops a routine in her living, catching showers surreptitiously and then eventually sleeping in an abandoned hotel. She also befriends Katarina, a waitress at a local cafe, who provides her food and friendship, for both women are lonely and in need of companionship. Through memory and conversation, Jacqueline’s story finally comes out. While her mother had always looked for meaning through religious consolation, her father, Liberia’s finance minister and a believer in the government of Charles Taylor, was simultaneously more political and more cynical. Jacqueline also has strong memories of her pregnant younger sister, Saifa.
“At the end of the novel, Jacqueline feels comfortable enough with Katarina to open up about the terrifying circumstances that led to her leaving Liberia.” —KIRKUS, starred review 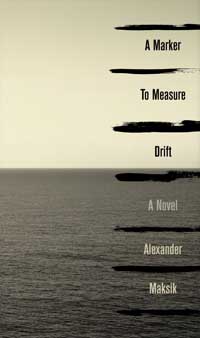 “A vivid depiction of disillusionment, shock, and resilience… A work that sheds light on a setting great in both its beauty and violence.”
—Gwen Vredevoogd, LIBRARY JOURNAL